20 July 2018, St Athan, Wales: Aston Martin, the producer of highly desirable luxury handcrafted sports cars, today announced it has completed the second phase of its new car assembly plant at St Athan, in South Wales.
Aston Martin’s Board of Directors held their first meeting in St Athan to mark the completion of building work at the facility, which involves the conversion of three super hangars at the former Ministry of Defence site into a state-of-the-art vehicle assembly facility.
Directors and shareholder representatives of Aston Martin were briefed on the progress of the project, in which production of the company’s first sports utility vehicle (SUV) is due to begin in late 2019.
The St Athan plant is a demonstration of Aston Martin’s continued commitment to the UK and is set to bring up to 750 new employment opportunities to the South Wales region. Of the total workforce, 150 employees have been recruited as part of the pre-production preparations.
When the St Athan plant is complete, it will join Aston Martin’s Gaydon headquarters and Newport Pagnell site as centres of the highest quality of British craftmanship and engineering.
The fit-out of the super hangars, the third and final phase of the construction project, has already begun ahead of the inaugural production planned for next year as part of the company’s Second Century Plan.
Dr Andy Palmer, Aston Martin President and Chief Executive Officer, said: “We are delighted at the progress being made at the St Athan site. The team have done a fantastic job in advancing the facility and I was incredibly proud to chair our first Board meeting at the new plant. Wales has a long history of engineering excellence and the Board is delighted that it will play such an important part in Aston Martin’s development.”
Cabinet Secretary for Economy and Transport Ken Skates said: “I am delighted to see our partnership with Aston Martin, right in the heart of our Cardiff Airport and St Athan Enterprise Zone, coming to fruition.
“Progress to date continues to match the company’s aspiration for future growth and, when complete, the site will provide highly-skilled employment and world-class apprenticeship opportunities in the automotive sector for many generations to come.  I wish them the same success with the next phase.”

Aston Martin Lagonda is a luxury automotive group focused on the creation of exclusive cars and SUVs.  The iconic Aston Martin brand fuses the latest technology, exceptional hand craftsmanship and timeless design to produce models including the DB11, Rapide S, DBS Superleggera, Vantage and Vanquish Zagato.  The Lagonda brand will relaunch in 2021 as the world’s first luxury electric vehicle company. Based in Gaydon, England, Aston Martin Lagonda designs, creates and exports cars which are sold in 53 countries around the world.

Lagonda was founded in 1904 and Aston Martin in 1913. The two brands came together in 1947 when both were purchased by the late Sir David Brown. Under the leadership of Dr Andy Palmer and a new management team, the Group launched its Second Century Plan in 2015 to deliver sustainable long-term growth. The plan is underpinned by the introduction of seven new models including the DB11, new Vantage, DBS Superleggera and an SUV, as well as the development of a new manufacturing centre in St Athan, Wales.

In 2017, Aston Martin generated full-year EBITDA of £230.8m on revenues of £876m. The Company, employing more than 2,700 people, is predominantly owned by private equity groups Adeem, Tejara and Investindustrial, while Daimler AG of Germany holds a 4.9% non-voting stake. 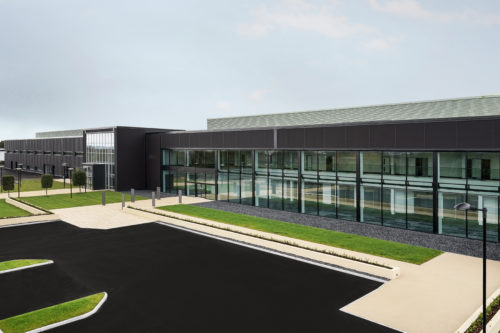