The former military site was formally handed over from the Ministry of Defence to Aston Martin by Secretary of State Sir Michael Fallon at a ceremony including Aston Martin President and CEO Dr. Andy Palmer, and Secretary of State for Wales, Alun Cairns and Welsh First Minister, Carwyn Jones. With the commencement of these works, Aston Martin St Athan is on target to commence production of the company’s new SUV, the Aston Martin DBX, in 2019.

Dr. Palmer commented: “Due to its sheer size and scale, the St Athan Super Hangars represented an excellent opportunity for us to build our second manufacturing facility, within the envelope of an existing structure. It is perhaps fitting that St Athan is, like our headquarters and sports car factory at Gaydon, a former Royal Air Force base.

Now we have commenced Phase II, these hangars will be redeveloped to become the home of our newest manufacturing facility.”

Just over one year ago, Aston Martin announced that St Athan had been chosen as the site for its second UK manufacturing plant from 20 potential global locations as part of the growth strategy under the companies Second Century Plan. The investment into St Athan is part of Aston Martins wider industrial expansion plans which will see 1,000 new jobs created across its two manufacturing sites by 2020, with a likely further 3,000 across the supply chain and local businesses in Wales.

Phase I commenced in late 2016 when Aston Martin was first given access to part of the site and began to create the customer and staff reception areas, administration and management offices and the employee restaurant.

Phase II marks the beginning of the project that will see the three super hangars redeveloped into a state-of-the-art manufacturing facility. The new plant brings employment opportunities to South Wales; a recruitment event last year attracted 3,000 applications and already the first technicians are working on the DB11 at Gaydon, training for the highly-skilled roles they will take up at St Athan in 2020.

Secretary of State for Defence, Sir Michael Fallon commented: “This investment is great news for Wales. Aston Martin’s decision to build a new facility on MOD land we no longer need will also bring high skilled jobs to Wales. Releasing this site, and others, will enable us to invest in a better defence estate for the Armed Forces and their families.”

Secretary of State for Wales, Alun Cairns added: "Thanks to the close partnership between the UK and Welsh Governments and the prestigious Aston Martin brand, the St Athan site is springing back to life as a significant centre of employment, bringing with it valuable skills and a lasting legacy for the entire region.

"As the UK exits the EU, we are determined that our country remains a great place to invest and to do business. Aston Martin's decision to invest in Wales shows that we are creating and supporting the right conditions for industry investment. The UK Government’s comprehensive industrial strategy will build on that success, ensuring that we have the right infrastructure, skills and support in place for our world-leading industries as well as support for new emerging sectors to flourish."

First Minister of Wales, Carwyn Jones said: “Aston Martin’s positive influence on the local community and the economy of Wales is already being felt. More than 40 Welsh workers are now employed at Aston Martin Gaydon preparing for the start of production at St Athan, and many more job opportunities will follow before 2020. As Phase II of redevelopment commences at St Athan, supply chain companies throughout Wales will also have the opportunity to bid for contracts worth over £60m through the Welsh Government’s own Sell to Wales procurement site, extending the benefits of this massive investment throughout Wales.

“Aston Martin is a major success story for Wales and I look forward to further building on our working partnership to bring maximum benefits for the economy and the reputation of Wales worldwide.” 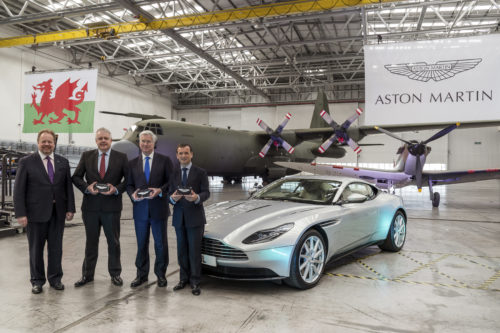 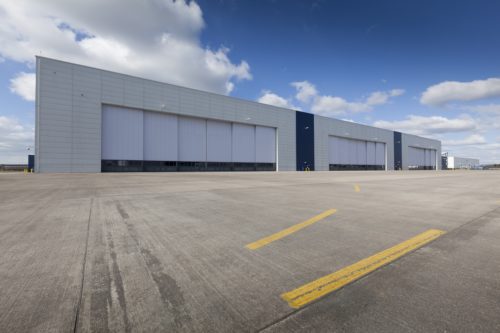 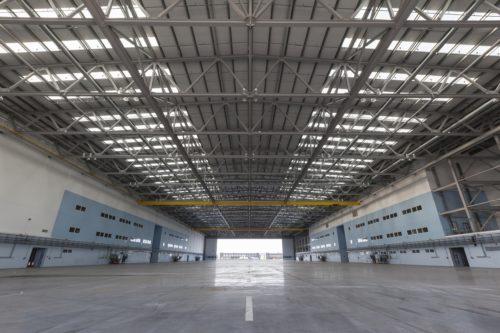 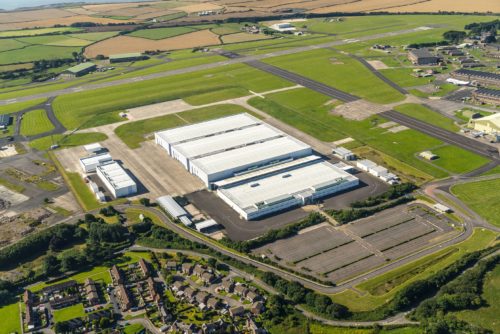 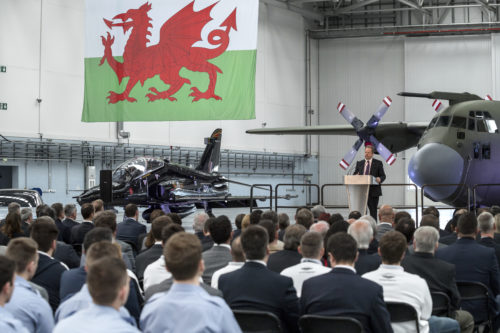 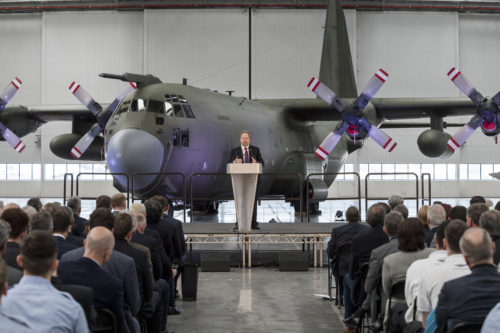 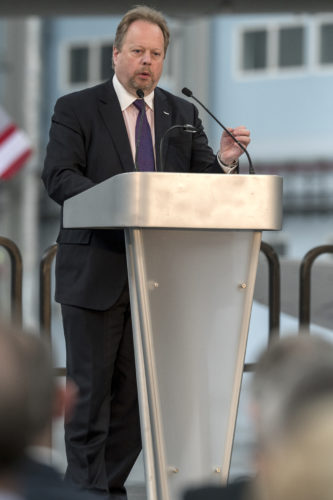 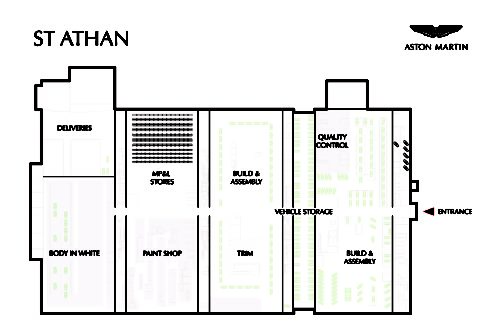