Monday 24 January, 2022, Daytona. Aston Martin heads into this weekend’s Rolex 24 Hours at Daytona with its partner teams fielding arguably the strongest ever assault on the US endurance classic by the luxury British sportscar brand. The race will feature four competitive Vantage GT3 line-ups – the most ever – spread across both classes of IMSA’s revamped GTD division, and each will include works Aston Martin Racing drivers in crews capable of challenging for victory.

Seattle-based partner team and reigning IMSA Sprint Cup GT champion, the Heart of Racing, returns in 2022 having increased its IMSA WeatherTech Sportscar Championship entry to two cars. One of the team’s four-litre V8 turbo-charged machines carries Aston Martin’s hopes in the new top GTD Pro class for homologated GT3-specification cars, which replaces the outgoing GTLM category for specialised GTE-spec machinery. While the other will run in the regular GTD class alongside new Aston Martin Racing partner Magnus Racing which has bought a Vantage GT3 for this season. Both teams will be joined in the Rolex 24 by FIA World Endurance Championship regulars, NorthWest AMR, as team owner and driver Paul Dalla Lana (CDN) returns to Daytona with perhaps his best chance yet of tasting glory in the event.

The Heart of Racing has retained Sprint Cup champion and AMR works driver Ross Gunn (GBR) to spearhead its GTD Pro attack alongside Alex Riberas (ESP) in 2022. They will be joined for the Rolex 24 by 2020 24 Hours of Le Mans GTE Pro winner Maxime Martin (BEL), who makes his Aston Martin Daytona debut this weekend. Three-times Le Mans class-winner Darren Turner (GBR) returns to the Heart of Racing in the GTD class car as he aims to add a Daytona podium to his glittering list of honours, alongside the team’s principal Ian James (GBR) and newly crowned AMR Academy winner and team regular Roman De Angelis (CDN). Tom Gamble, no stranger to the Vantage GT3, completes the driver quartet.

Finally, the Magnus Racing GTD entry will be manned by US trio and team regulars John Potter, Andy Lally and Spencer Pumpelly, as well as two-time Le Mans class-winner Jonny Adam (GBR), who returns for his first Daytona start since 2014.

Aston Martin Vantage GT4s will also feature heavily in the 4-Hour Michelin Pilot Challenge opener at the same venue on Friday at 1335 ET (-5 Hours GMT). The British luxury sportscar brand goes into the MPC season with four teams entered. Long-time AMR partner Automatic Racing returns for another season with the #09 driven by Ramin Abdolvahabi (USA), Rob Ecklin (USA) and Brandon Kidd (USA). The team will run a second #27 car for Paul Kiebler (USA) and Jon Branam (USA). Meanwhile, Alan Brynjolfsson (USA) and Trent Hindman (USA) will embark on a second season with the #7 VOLT Racing with Archangel Vantage GT4. A new team to the AMR family for 2022 is NTE Sport, which will run a Vantage GT4 for American drivers Manny Franco and Romeo Kapudija.

John Gaw, Aston Martin Racing Managing Director, said: “This is Aston Martin’s strongest representation ever for the Rolex 24, and coming off the back of a season with multiple class wins in the IMSA WeatherTech SportsCar Championship, it is a clear signal of intent ahead of an exciting season for Aston Martin Racing and the Vantage, in all its variants.”

The 29-year-old Briton, who turns 30 on race day, is well established as a rising international GT star following excellent performances in the Nürburgring Langstrecken Serie, where he is a multiple race-winner and holds the Nordschleife GT3 lap record. Pittard also produced regular stand-out performances during a four-year stint with established GT outfit Walkenhorst Motorsport in the Fanatec GT World Challenge and Intercontinental GT Challenge.

He will make his FIA World Endurance Championship and 24 Hours of Le Mans debut for NorthWest AMR alongside double GT world champion Nicki Thiim and 2017 GTE Am world champion Dalla Lana in a Vantage GTE at Sebring in March, but before that he joins the duo (and Charlie Eastwood) at Daytona.

“I’m excited and proud to have signed for Aston Martin Racing,” said Pittard. “My goal is to win the biggest endurance GT races and with Aston Martin I have the platform and the machinery to achieve this. I welcome the challenge of adapting to a new manufacturer, new championships and new tracks, but Aston Martin Racing is one of the best organisations in the business so I’m confident this will be a short and painless process. Having team-mates like Paul and Nicki – one of the fastest GT drivers on the planet – will certainly help.

“I’m looking forward to racing the Vantage, which has proved a world class champion in both GTE and GT3 specification, and I’m glad Daytona has come around so soon in the year so I can get started right away.”

Head of Customer Racing Huw Tasker, added: “We are delighted to have signed David as a works Aston Martin Racing driver. He has showed enormous potential in and out of the car for a while, so it is good for us to have secured his services. He joins a strong crew at NorthWest AMR in WEC and also Daytona, and this should give him a bright start to his career with us. We look forward to seeing what he can achieve with Vantage.”

The 2021 IMSA Sprint Cup GT champion Roman De Angelis has graduated top of the class of the 2021 Aston Martin Racing Drivers’ Academy. The Heart of Racing Aston Martin Vantage GT3 driver, along with Ross Gunn, was part of the first crew to record multiple class wins in the premier US endurance racing category – the IMSA WeatherTech SportsCar Championship – for the British luxury sportscar brand, last season.

De Angelis’s on-track performances were not the only area where he impressed the judging panel comprising AMR Managing Director John Gaw, Head of Customer Racing Huw Tasker, four-time British GT champion Jonny Adam, De Angelis’s team-mate Gunn and the previous AMR Academy winner Valentin Hasse-Clot. He was also measured on his ability to manage strategy, fitness, teamwork as well as his awareness of commercial and public relations. All this allowed him to come out on top of a strong 15-driver intake of candidates.

De Angelis, who will now receive financial support, as well as assistance and guidance from the factory towards his 2022 race programme, will continue with The Heart of Racing this season.

“It’s an honour to have been recognised by Aston Martin for my achievements last season,” said De Angelis, “and I’m proud to have been chosen among such an exceptional group of drivers. Graduating from the Academy is a good flag marker for my career, and now it’s important to build on this in 2022 with the Vantage GT3 in IMSA and pay back the faith AMR has placed in me.”

Gaw added: “Roman has impressed us for a number of years, but in 2021 he really matured into an exciting driver for the future. His pace continues to build, and we watched him grow rapidly through the season, allowing him to demonstrate a championship-winning mentality and a calmness under pressure that tends to underline genuine talents in our sport. The level was high in last year’s AMR Academy and it’s a testament to his rival candidates that Roman emerged successful. He fully deserves to join previous winners Ross Gunn, Tom Canning and Valentin Hasse-Clot as exciting examples of talent grown from within the AMR GT racing family.”

The Aston Martin Racing Academy will return in 2022, with entries already being accepted from drivers aged between 17 and 26 who have a confirmed race programme in either a Vantage GT3 or GT4 this year. More details on the 2022 AMR Academy will follow in February. 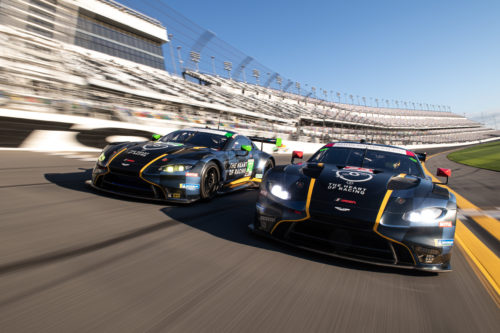 The Heart of Racing team.jpg 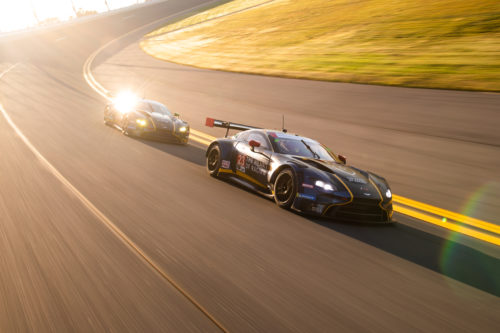 The Heart of Racing Team 2.jpg 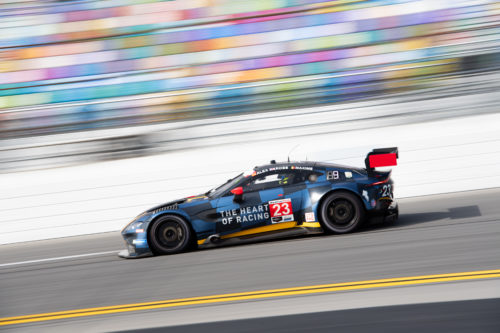 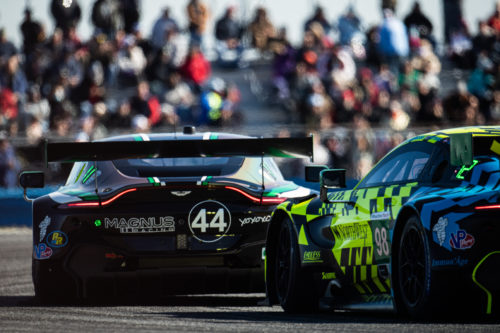 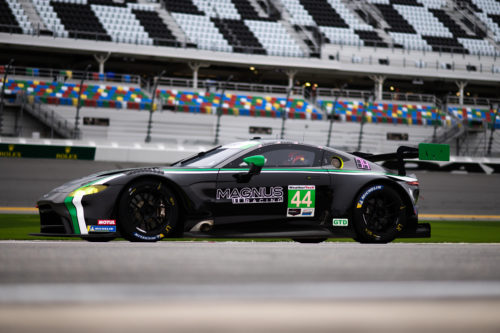 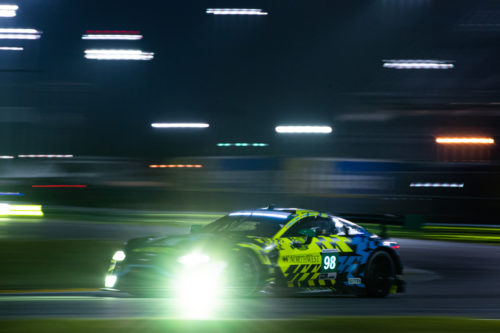 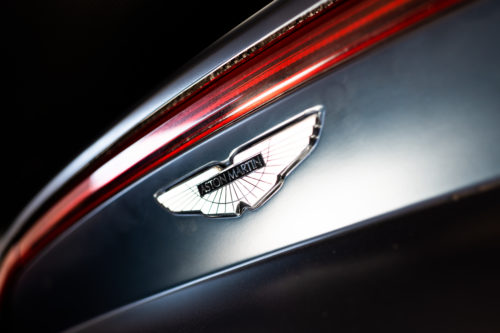 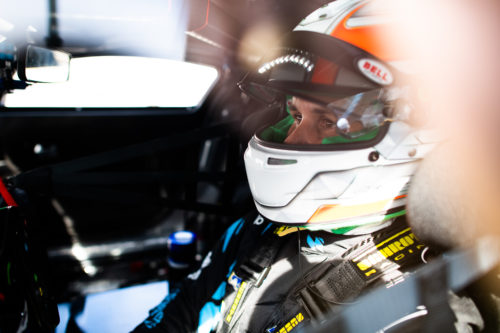 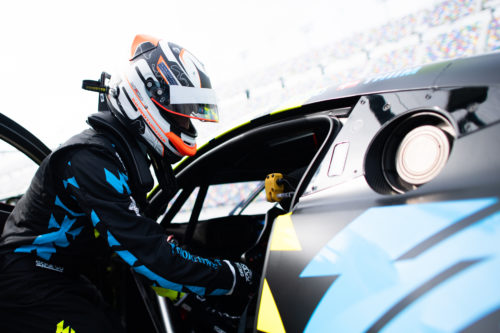 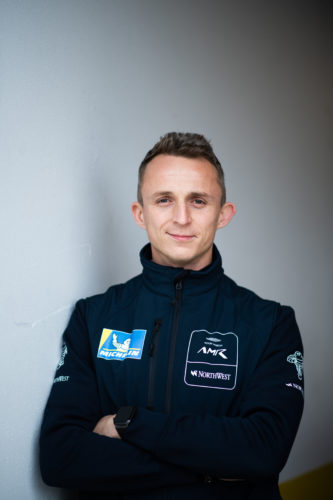 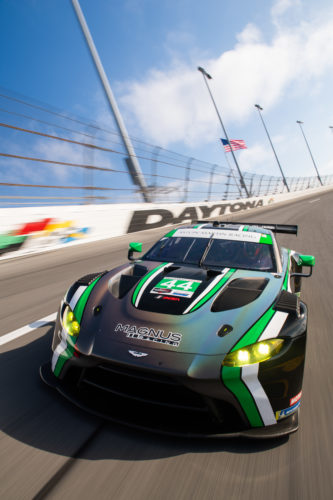 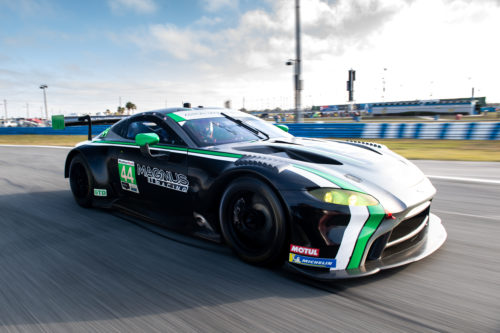 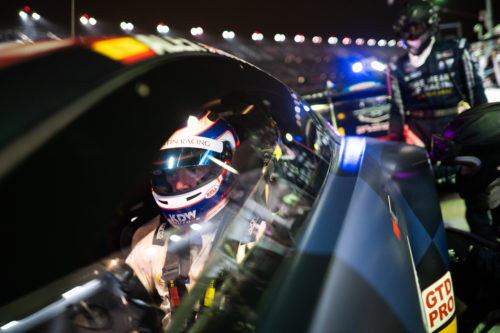 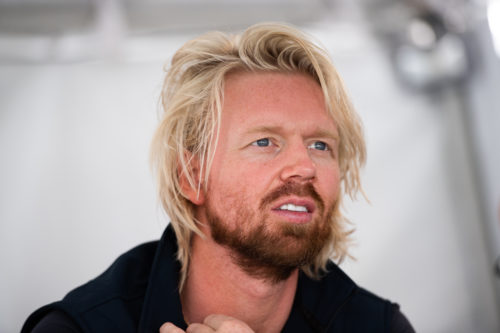 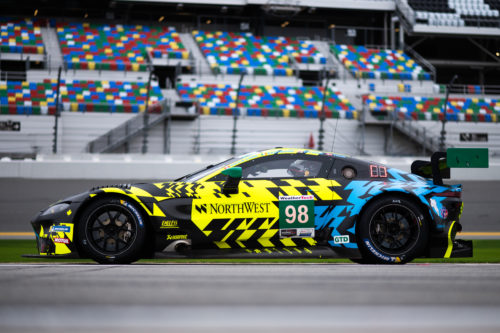 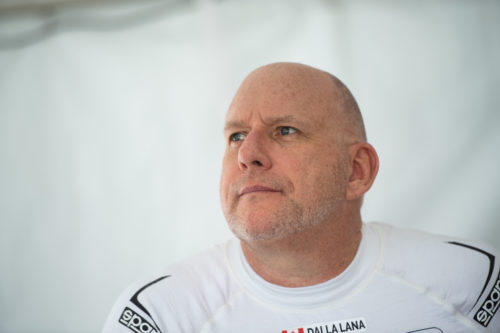 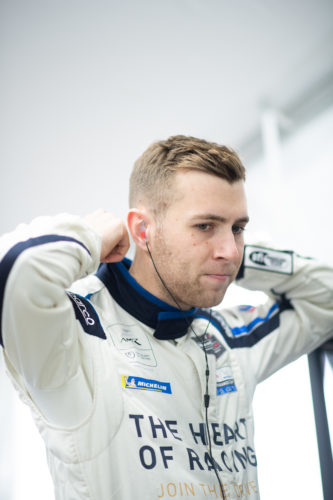 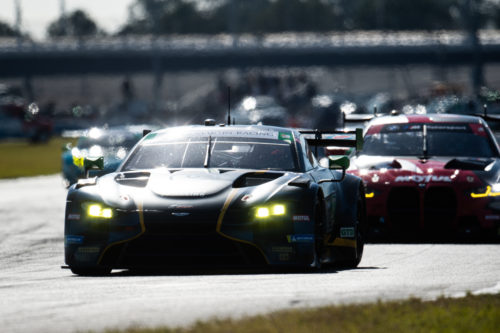 The Heart of Racing in qualifying race.jpg 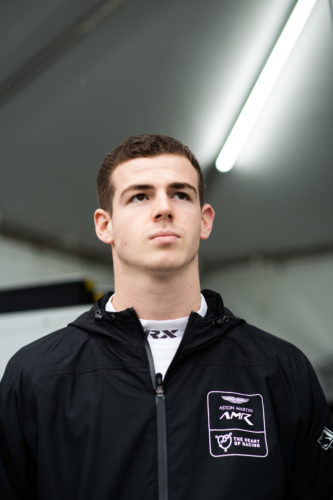