Wednesday 13 March, Sebring Raceway, Florida USA: Aston Martin Racing begins its 2019 race programme with high hopes of maintaining a strong competitive streak in the FIA World Endurance Championship, as it embarks on a welcome return to the United States and the legendary Sebring Raceway for the inaugural running of the 1000 Miles of Sebring.

With the FIA WEC 2018/2019 Super Season spanning two years for the first time in its history, Aston Martin Racing headed into the ‘winter break’ having secured a maiden win in only the fifth competitive outing for the Aston Martin Vantage GTE in China back in November. Now, with just three races of the FIA WEC remaining at Sebring, Spa-Francorchamps and the Le Mans 24 Hours, the action begins again at the former WW2 airbase in Florida.

Uniquely, the eight-hour race will start at 1600 EST on Friday evening, and will run into the night. The new event sits on the same weekend bill as the famous 12 Hours of Sebring, run for US-based endurance machinery, and thus represents a fantastic extravaganza of sportscar action for fans around the world.

Hot off the back of their Chinese win, the Danish duo of Nicki Thiim and Marco Sõrensen are re-joined in the #95 Vantage GTE Pro car by three-time Le Mans 24 Hours class winner Darren Turner (GB), who last raced alongside the pair in the #95 car at Le Mans in June. Turner’s Sebring record is strong, having won there for Aston Martin Racing in 2005, and he’s looking forward to racing again at one of his favourite venues.

“It’s been a long time since Le Mans last year, and I can’t wait to be back in the WEC paddock, especially one based in Sebring” said Turner. “The team has been very focused over the winter to continue the momentum that has been building with the Vantage GTE. We know that we have a race-winner now and that has given everyone at AMR an extra amount of confidence.”

Turner is not the only Aston Martin Racing driver with a Sebring legacy of note, Alex Lynn (GB), who shares the #97 Vantage GTE Pro car with Maxime Martin (BEL), won the Sebring 12 Hours outright in 2017. “This place holds some very special memories,” said Lynn, “so coming back here with Aston Martin Racing is an important moment for me. I’ve driven the Vantage GTE at this track here before we had actually raced it and it performed well, so we carry high hopes.”

Aston Martin Racing Team Principal Paul Howarth added, “Now that we have proven the capabilities and performance of the Aston Martin Vantage GTE, with its maiden win last time out, our focus is on maintaining this level of competitiveness through to the end of the season. We know this will not be easy, and we are competing in a fiercely contested GT category with focussed and determined opposition. But we are now looking towards Le Mans, and it is important to make the most of this punishing long distance race at Sebring to hone our operational ability throughout the team, both on the track and behind the pit wall.”

The North American round of the FIA WEC has been kind to the Aston Martin Racing team over the years. Works Aston Martins have collected GTE Pro and Am double victories three times (in 2013, ’14 and ’16) at the Circuit of the Americas, and indeed the defending 2017 FIA World Endurance Championship GTE Am title-holders Paul Dalla Lana (C), Pedro Lamy and Mathias Lauda (A) head to Sebring on an American hat-trick. The #98 Aston Martin V8 Vantage GTE crew having also won the last time the series visited the United States in 2017. The trio currently lie second in the class standings, and a second victory of the season (the first was in the opener at Spa last May) would greatly help them close the 20-point gap to the top.

They’ll have their work cut out though, for the similar TF Sport car driven by Salih Yoluc (TUR), and Charlie Eastwood (GB) retains Aston Martin Racing factory driver and 2017 Le Mans 24 Hours winner Jonny Adam (GB) this weekend as they build their own challenge for the title.

Nicki Thiim (DEN): “I love Sebring and it is so great to be back in America again. We are racing at one of the most famous and important US sportscar venues and it’s great to see that it is on the FIA WEC calendar, especially for all of us hardcore fans. I think it’s going to be a proper race weekend and you won’t get many bigger than this. We ended up on a high at the end of last year with a victory in China. It’s been a big long learning curve with the new car and I’m hoping we can continue with it. This race is eight hours long and it’s great that we have Darren back in the car have the whole team back again – this will also be good preparation for us ahead of Le Mans. It’s going to be maximum attack as always.”

Marco Sõrensen (DEN): “I’m really looking forward to getting started again and kicking the racing season back into life and getting the whole team up to speed. Some of us have obviously had a long break so it will be good to go to Sebring now and be racing again! As always, we are going to go flat-out for the win.”

Darren Turner (GB): “I’m really looking forward to Sebring, one of my favourite tracks, and joining back up again with the #95 crew. It’s been a long time since Le Mans last year and I can’t wait to be back in the WEC paddock. The team has been very focused over the winter to continue the momentum that has been building with the Vantage GTE. We know that we have a race winner now and that has given everyone at AMR an extra amount of confidence.”

Maxime Martin (BEL): “The last time I raced at Sebring was in 2013. I am really looking forward to this exciting track which is definitely not common, but it’s one of those classic US tracks which makes the experience so much more exciting. with the victory of the Vantage GTE car in Shanghai, we are now in quite good shape overall and I am looking forward to having a good race and a good fight. The whole event will be very new for a lot of people so it’s going to be interesting, challenging and exciting.”

Alex Lynn (GB): “Sebring is a place where I have had great success. I’ve won the 12 Hours of Sebring in the DPi class, so that event and the venue itself hold some very special memories. Coming back here with Aston Martin Racing is an important moment for me. I’ve driven Vantage GTE at the track here before and it performed well, so we carry some high hopes within the team. I think if we get ourselves in a good place after the test then I think given our last good results in China, we can hopefully be fighting for the podium.” 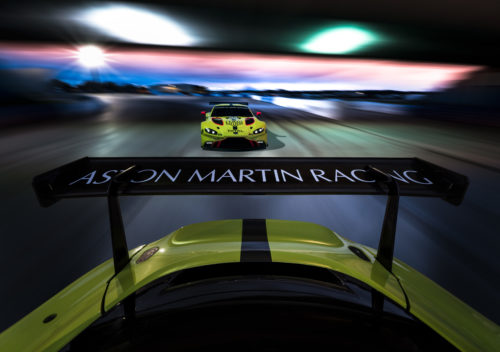 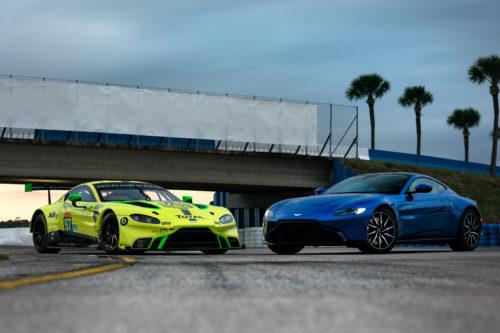 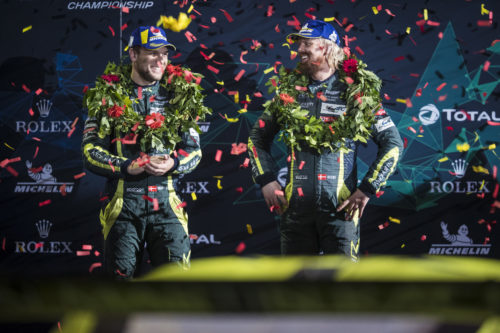 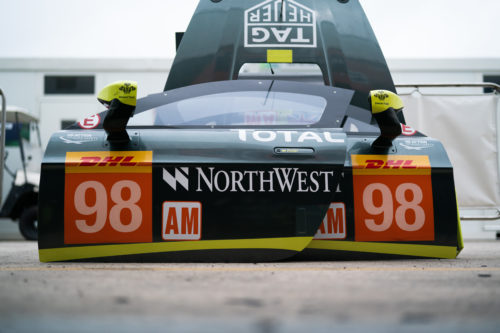 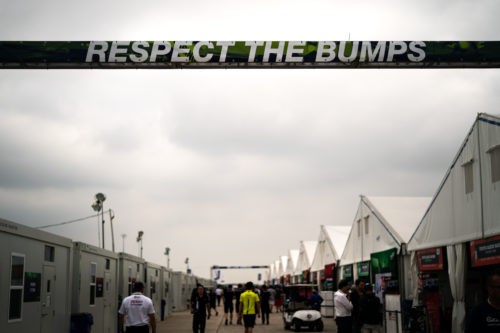 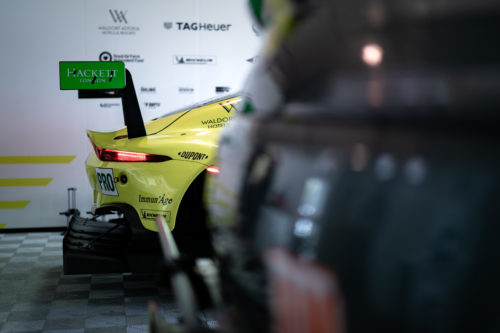 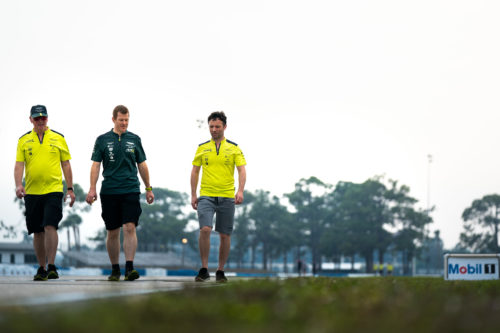