Sunday 28 July, 2019, Spa-Francorchamps (Belgium): Aston Martin has claimed victory in the Pro-Am class of a rain-interrupted 2019 TOTAL 24 Hours of Spa, after a brilliant performance by partner team TF Sport Racing with Oman with the new Vantage GT3. It was the maiden win in a 24-hour race for Aston Martin Racing's new customer-focussed machine and also the first for the British sportscar marque since the Blancpain GT Series Endurance Cup event became a GT3-only competition.

TF Sport's triumph was made all the more remarkable given the team started from the pitlane, following Salih Yoluc's huge practice accident at Raidillon, which forced it to rebuild and use a regular British GT Championship chassis for the race. The driver crew, including Aston Martin Racing works driver Nicki Thiim (DEN), Ahmad Al Harthy (UAE) Yoluc (TUR) and Charlie Eastwood (IRL), recovered 50 positions to finish 22nd overall, a lap clear of its nearest class rival. For Thiim it was also a personal landmark; this was his third major 24-race class win, adding to his 2014 Le Mans 24 Hours GTE Am victory and his 2017 Nürburgring 24 Hours SP8 class win.

Three of Aston Martin's partner teams, Garage 59, TF Sport and R-Motorsport entered six Vantage GT3s in an event afflicted by a high attrition rate and heavy rain that persisted almost throughout. The race was even temporarily halted for nearly six hours in the early morning when conditions were deemed too dangerous to continue.

R-Motorsport proved strong contenders with both its Pro cars. The #62 ran competitively in the top ten in the hands of works driver and local hero Maxime Martin (BEL) early on, while the #76 emerged as a contender for victory with Alex Lynn (GB) until a mismatched tyre set cost the team its front-running position before the race was stopped. The car Lynn shared with Marvin Kirchhöfer (GER) and Jake Dennis (GB) eventually finished 19th.

The third Aston Martin to take the chequered flag was Garage 59's #188 Am car, driven by Chris Goodwin (GB), Chris Harris (GB), Alexander West (SWE) and works reserve driver Ross Gunn (GB), which was also a class contender until it was damaged in contact from a Pro car.

Nicki Thiim said: "To take the first 24 hour win for the Aston Martin Vantage GT3 is an incredible feeling. This team has put so much work into this weekend you wouldn't believe it and they deserve this. For me personally it's very special as well to get a win here, to add to those I have at the Nürburgring and Le Mans. Now I have a 24-hour set, it's time to go and get some more!"

Tom Ferrier, team owner of TF Sport said: "On Thursday night, when we were looking at re-building a car for the race after the crash I would have taken a finish! And the guys in the team have worked incredibly hard to get the car ready in time - we were still working on it on Saturday morning! We had an aggressive strategy to work our way through the field early on and that paid off. Once we had achieved that it was a case of keeping our heads down and avoiding trouble. Nicki always delivers, but all four of our drivers did a magnificent job, and you'd have to say as a standalone event this was probably the biggest win for our team!"

David King, President, Aston Martin Racing, said: “TF Sport are a strong and faithful partner for us and they deserve this, especially after all the hard work they put in to recover from the practice crash. Spa is a particularly difficult race to win, so to have six cars that were all competitive at various stages of the event proves just how far the Aston Martin Vantage GT3 has come. R-Motorsport were unfortunate to miss out on a well-deserved podium and Garage 59's Am car was an innocent victim in traffic. Their problems just go to prove how tough this race is.” 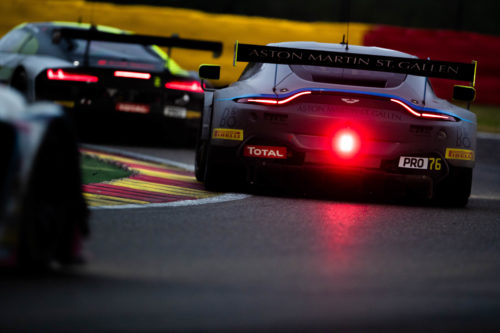 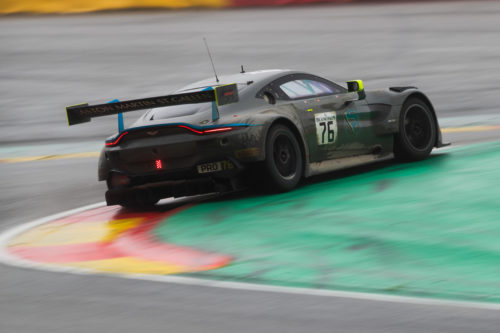 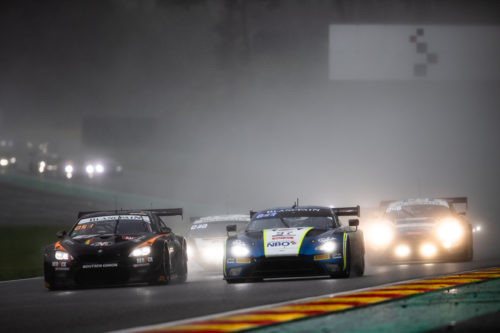 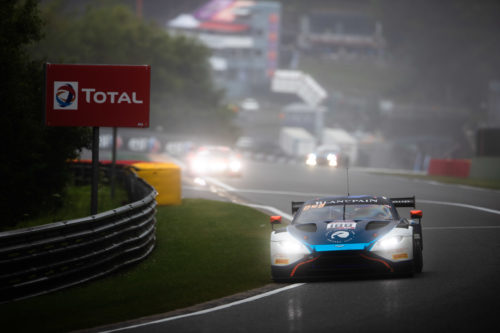 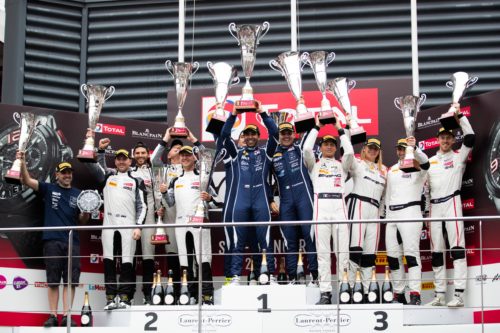 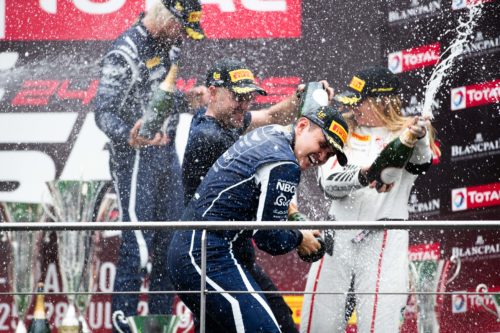 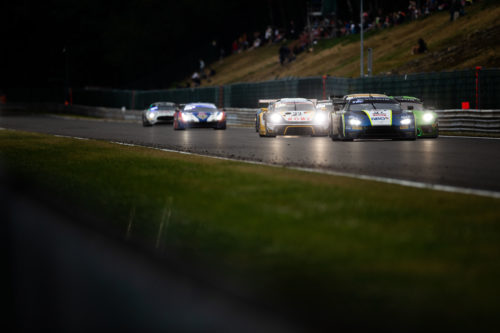 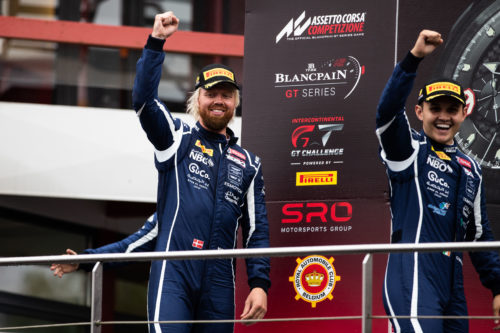