Friday 13 October, Fuji, Japan: Aston Martin Racing is set to take on the 7th round of the FIA World Endurance Championship, as the series visits the spectacular Fuji Speedway in Japan.

Despite the race set to the backdrop of Mount Fuji, there’ll be no time to savour the surroundings, as the British outfit continue to pursue 2017 title glory in all championships.

Following victory at the Circuit of The Americas last time out, the trio of Paul Dalla Lana (C), Pedro Lamy (P) and Mathias Lauda (A) head into this weekend as championship leaders with 130 points in total; a narrow margin of four points over their nearest rivals.

Dalla Lana said, “We’ve taken two victories and two second place finishes this year so far and we’re hungry to get back on the top step of the podium again this weekend. We won here last year and I think this is somewhere that all three of us really enjoy racing. The circuit has a real flow to it and the fans bring a really unique atmosphere to this weekend”.

In GTE Pro, the #95 V8 Vantage GTE will be piloted by the Danish pairing of Nicki Thiim and Marco Sorensen, while Brits Darren Turner and Jonny Adam will take the wheel of the #97 sister entry.

With the #95 and #97 just 24 and 26 points adrift of the GTE Pro championship lead, both entries hold realistic chances of title glory, with a maximum of 78 points still on offer from the final three rounds of the 2017 season.

Paul Howarth, Team Principal said, “We continued to fight and deliver strong points in both Mexico and Austin over the summer and we’ll be looking to continue that momentum in the final stages of this year’s championship. The team has done an exceptional job to keep ourselves in contention for all titles despite a slower start to the season, but I’m confident we are in a good place to take on our rivals and bring this championship down to the wire”. 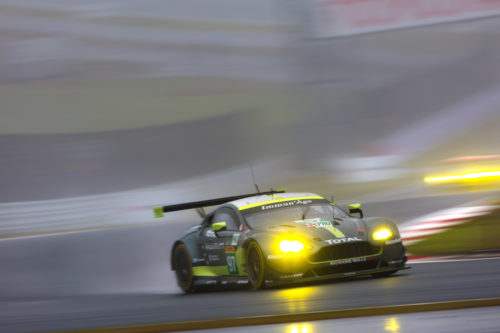