Tuesday 13 June, Le Mans, France: Aston Martin Racing has returned to the world-famous 24 Hours of Le Mans and is ready to take on this weekend’s 85th running at the Circuit de la Sarthe.

With track action underway on Wednesday, the iconic race remains the centrepiece of the FIA World Endurance Championship and will be contested by the team’s three V8 Vantage GTEs; two in the GTE Pro class and a single works entry in GTE Am.

Driver of #97 and former Le Mans class winner Darren Turner said, “Le Mans is always one of the weekend’s I look forward to each year and it’s a pleasure to be here for 2017. It’s one of those races that everyone wants to win and I think we’re in a good place going into this week. You don’t necessarily need to be the fastest car on a single lap, but consistency and strength across your driver line-up is key which we have in both our car and with our teammates in #95. I can’t wait to get in the car for the first time this week on Wednesday and get the event underway”.

In GTE Am, the team’s #98 V8 Vantage GTE of Paul Dalla Lana (C), Pedro Lamy (P) and Mathias Lauda (A) continued its strong form to top the class timesheets, as all three drivers individually set top 13 fastest lap times with Lamy the overall fastest driver with a 3m58.250.

Lamy said, “This is the one we want to win so much. We have come so close over the past two years but I think we are mentally the best prepared we have ever been coming into this race. We have been really strong at Silverstone and Spa so far this year and I think that really shows how well Paul, Mat and I work together”.

Aston Martin is also due to be represented at this weekend’s event by customer teams TF Sport and Beechdean AMR; both in the GTE Am class.

The #90 TF Sport entry will be piloted by Salih Yoluc (TR), Euan Hankey (GB) and Rob Bell (GB). After winning last year’s GT3 Le Mans Cup, the British outfit will make their debut at the legendary race this weekend. 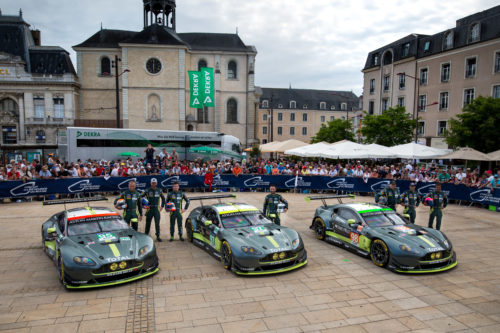 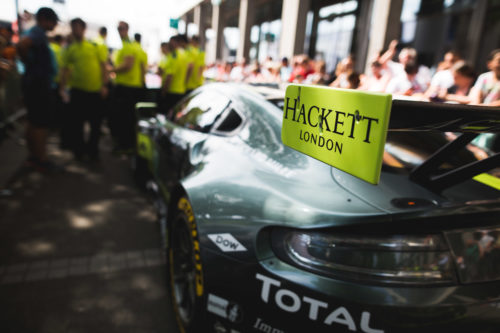 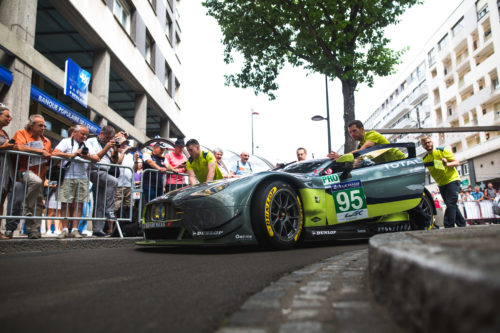 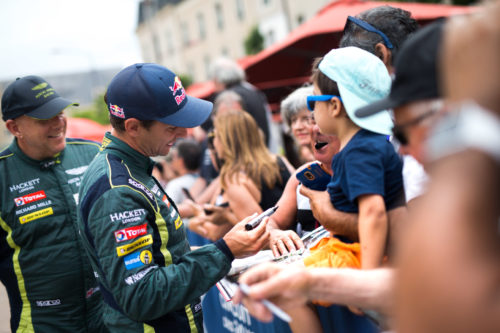 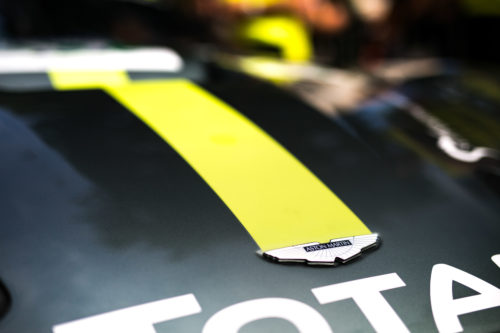 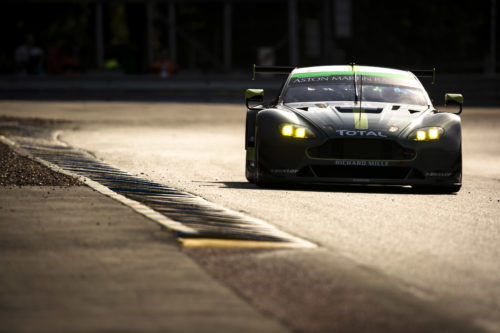