Friday 11 May, Nürburgring: Aston Martin Racing will start the ADAC Zurich 24 Hours Race on the challenging Nürburgring Nordschleife from fifth on the grid after a spectacular qualifying performance put the seven-year old V12 Vantage GT3 in the hunt for pole position.

Nicki Thiim (DN), sharing the #007 car in the top SP9 class with fellow works drivers Maxime Martin (B), Marco Sørensen and three-time Le Mans winner Darren Turner (GB), was entrusted with qualifying the car which had earned its place in the Top 30 shoot-out during last month’s six-hour qualifying race.

Having initially posted the second fastest time on his first lap, Thiim eventually settled for fifth after encountering traffic, just 0.915s away from pole, delighted with his 8m10.020s lap time.

“That was amazing,” said Thiim. “Qualifying here is on the same level as starting at Le Mans because getting two clear laps around this track is one of the the best things a racing driver can wish for. It is absolutely the coolest feeling. The top ten was my goal and we ended up fifth so that was a great job by the team. We now have 24 Hours coming up which I am really looking forward to and it looks like we have the pace to race the others and that is great.”

Aston Martin Racing Technical Director, Dan Sayers added: “Having done the six-hour race, we have confidence in the car and it’s a great driver line-up, one of the best for sure. Now it is a case of executing. We need to make sure there are no mistakes; with only one GT3 car we have just got to get it to the end with no problems and see where we end up. The weather forecast is a bit uncertain and it looks like we might get some rain tomorrow night, so again that will play a massive part in the race. We are happy with the pace, the guys are happy with the balance, the tyres are in the right window and I think we have as good a chance as any. We just have to go for it now.”

Alongside the GT3 car, Aston Martin’s AMR Performance Centre, based at the Nürburgring, has entered a Vantage GT4 and a Vantage GT8 in the race. The GT4 features an all-British star-filled crew including works drivers Alex Lynn and Jonny Adam, British F3 driver Jamie Chadwick and Nordschleife expert Peter Cate. The car did not get a clear lap throughout qualifying, but Alex delivered an exceptional performance to place the car third in the SP8 class and 57th overall.

The Vantage GT8, driven by Jürgen Heinz Kroner (D), Jens Dralle (D), Tony Richards (NZ) and David Thilenius (USA), will start from fifth in the SP8 class after surviving unscathed from a dramatic close call when David took to the grass to avoid a cartwheeling rival.

David King, Vice President and Chief Special Operations Officer of Aston Martin, summed up: “That was an excellent performance by the #007 Aston Martin V12 Vantage GT3 crew to put the car in the top five in its swansong at the Nürburgring. This demonstrates it is not only still fiercely competitive, but also that we can fight at the front in the race. Nicki did a fantastic job in the Top 30 shoot out and all weekend our drivers have been reporting that they are happy with the car. We made some set-up changes with the Vantage GT4 overnight and that has transformed its performance and brought it into the optimum operating window for the Michelin tyres. The car has come alive for the drivers today. Alex did an impressive job to post his qualifying time at the end of the second session which was run almost entirely with Code 60s.” 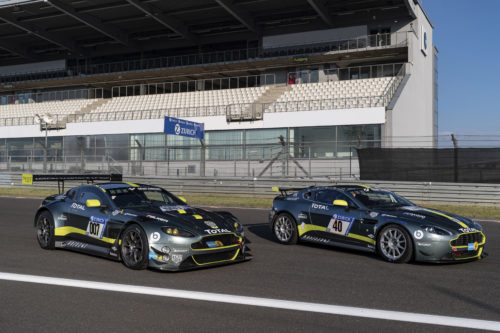 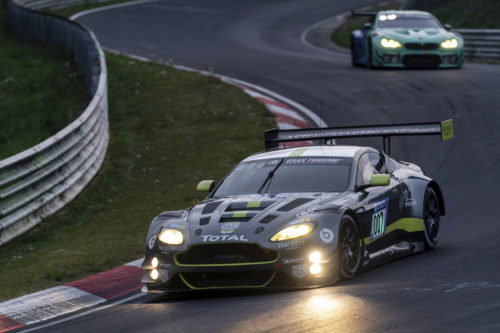 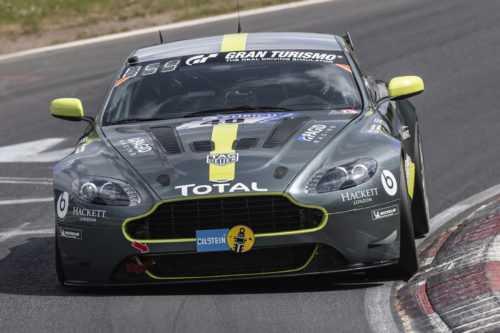 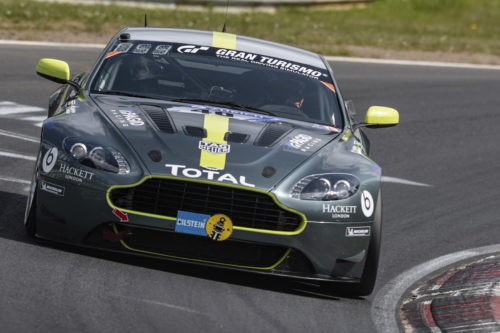 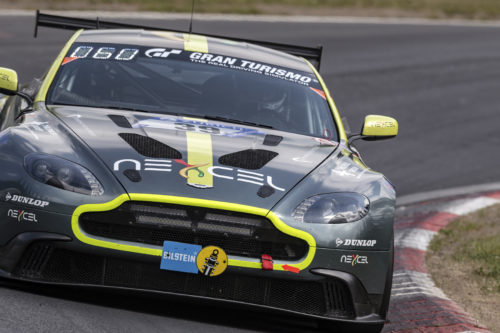 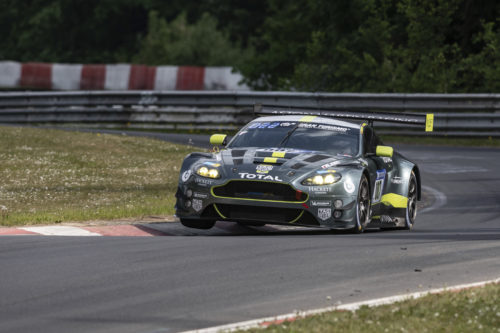 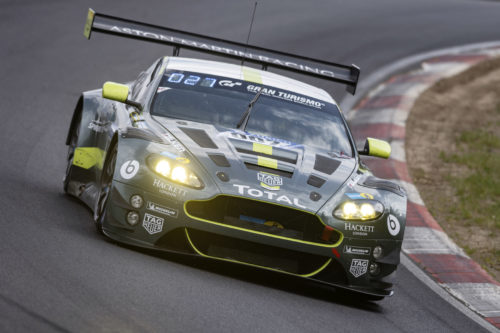