Indeed it will be a weekend of firsts for the team, as Alex Lynn (GB) makes his British debut as an Aston Martin Racing driver, while he and team-mate Maxime Martin (BEL) will begin their stint as a standalone pairing in the #97 Aston Martin Vantage for the next three races.

“I’m extremely excited to be racing at Silverstone this weekend,” said Lynn. “Being a British driver, and being part of the factory Aston Martin team gives me a lot of pride. Obviously I’m seriously motivated to get a good result so I’ll be giving it absolutely everything I can to give the home fans something to cheer about alongside Maxime.”

In the weeks following the Le Mans 24 Hours, where the Vantage GTE recorded a solid double points finish on its debut, the team has been working tirelessly along with technical partners Michelin and Total to unlock more of its undoubted potential through an intensive development programme. Aston Martin Racing now looks forward to finding out where the Vantage GTE sits in the competitive order as we move into next phase of the Super Season.

“We have worked hard to improve the whole package after Le Mans, and I am really hoping that we will be more competitive at the weekend,” said Nicki Thiim, who shares the #95 ‘DaneTrain’ driving duties with Marco Sørensen until Darren Turner returns for Sebring in 2019. “The whole team wants to prove that the car is something special.”

Aston Martin Racing Team Principal Paul Howarth added, “We made some improvements between Le Mans and Silverstone, and we recognise that achieving competitiveness at this level means taking a logical and methodical approach to understanding the package available to us and working hard to maximise its potential. We are still learning about the Vantage GTE and it’s important to remember that it is still only two races old. It clearly has great deal of untapped potential and we are in no doubt that in a short period of time it will be highly competitive.”

The defending 2017 FIA World Endurance Championship GTE Am title-holders come to Silverstone with a point to prove, having won the opening round in Spa and led convincingly at Le Mans. But the #98 Aston Martin V8 Vantage GTE, driven by Paul Dalla Lana (C), Pedro Lamy (P) and Mathias Lauda (A), also faces a fresh challenge in the class as the similar TF Sport car driven by Salih Yoluc (TUR), Charlie Eastwood (GB) now also features Aston Martin Racing factory driver and 2017 Le Mans winner Jonny Adam (GB) for the rest of the year. 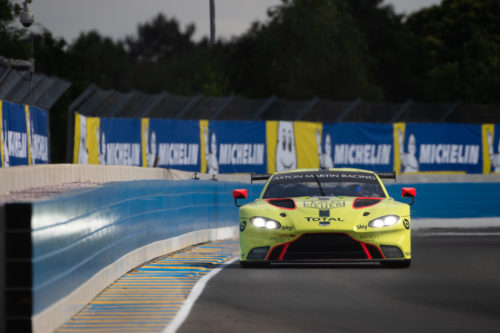 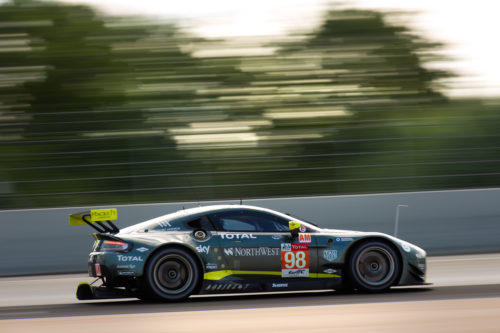 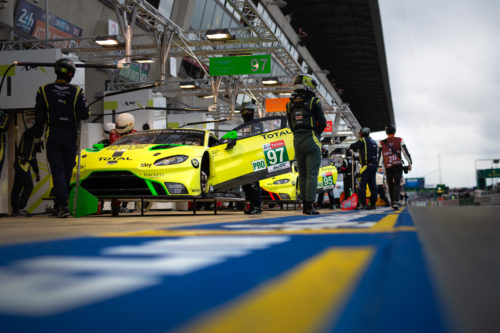