Sunday 18 November, Shanghai: The new Aston Martin Racing Vantage GTE recorded its maiden FIA World Endurance Championship victory with a perfectly-judged performance by Danish drivers Nicki Thiim and Marco Sørensen in the 6 Hours of Shanghai. The 2016 FIA WEC GTE Pro champions, navigated their way through no less than five safety cars, and had to contend with two red flag stoppages (for 90 minutes) because of torrential and persistent rain, to bring home the win for the #95 Vantage GTE.

Aston Martin was the class of the GTE Pro field all day in difficult conditions and ran one-two, with the sister #97 car driven by Maxime Martin (BEL) and Alex Lynn (GB) also leading at different stages of the event. With an hour to go there was a possibility of a clean sweep at the top of the podium, but earlier in the race the team had chosen to split the two cars’ strategy to optimise its chances for victory. This meant that the #97 had to change to its final set of wet tyres earlier than the #95 for the final stint, leaving them struggling for grip when a further rain shower came at the end of the race and they finished fourth.

So it was down to the #95 to contend for the win as the weather and the light deteriorated, making conditions treacherous. But following on from a typically committed and hard-charging middle stint from Thiim, Sørensen maintained his composure and delivered a historic victory despite the increased pressure of another late-race safety car.

“It was definitely a long race in very difficult conditions,” said Sørensen afterwards. “We are super happy that we got the first win for the new car; in fact it was so quick today that it seemed we were almost fighting for the overall victory! The team has worked so hard and it has been a challenging start to the Super Season, so it feels great to finish 2018 with a win and go into the winter focussed on optimising the car even more before Sebring next year.”

Thiim added: “It’s been a huge learning curve for the team with this new Vantage GTE and to be standing here on top of the podium after all the work we’ve put in is a really emotional feeling. The whole team delivered today. We had the most competitive car, the strategy was spot on and everyone worked perfectly together to bring this result. I’m super-proud not only to be a part of the Aston Martin family but to be able to help deliver the first win for the Aston Martin Vantage GTE. It’s been one chaotic race, but the end of it has produced the perfect result!”

This was the first win for the ‘Dane Train’ since Mexico in 2017. Coincidentally the Vantage GTE’s first win comes at the same venue as that of its predecessor – the V8 Vantage GTE – which won here back in 2012. Aston Martin Racing has always shone in China and the team has had a car finish in either first or second at every Shanghai race in either GTE Pro or Am.

Aston Martin Racing Managing Director John Gaw said: “Obviously it is great for us to record the first victory for the new Aston Martin Vantage GTE. It took Porsche 15 attempts to win with their brand new GTE car and we’ve managed it after just four! It was maybe the most complicated race there has been in the FIA WEC. It was also one of the most competitive GTE Pro races – outside of Le Mans – because there were 11 cars in the class; which was a first. It was also a big boost for us to know that we were on exactly the same Michelin tyre as our immediate competition and today we had the fastest car. I’m delighted for everyone but I feel a bit sorry for the #97 crew who also drove extremely well. We decided this weekend to ensure that we didn’t have both cars on the same strategy to stay in contention at all times because we were going for the win. This actually put the #95 on a sub-optimal strategy initially, but it meant the #97 had to run a full stint on worn wets at the end of the race.”

In GTE Am, the reigning world champions Paul Dalla Lana (CDN), Pedro Lamy (GB) and Mathias Lauda (A) finished in fifth position in the #98 Aston Martin V8 Vantage after starting the race from pole position. The points they earned in China, moved them to second in the championship, and combined with a penalty given to the erstwhile class points leader closed the gap to 20 points (less than a race win) off the championship lead. 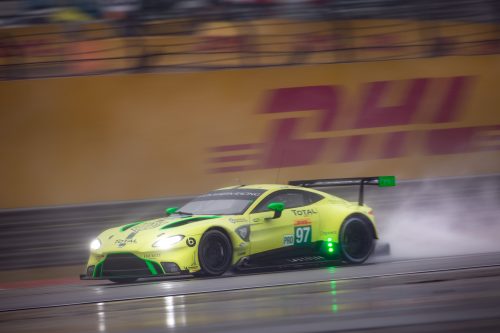 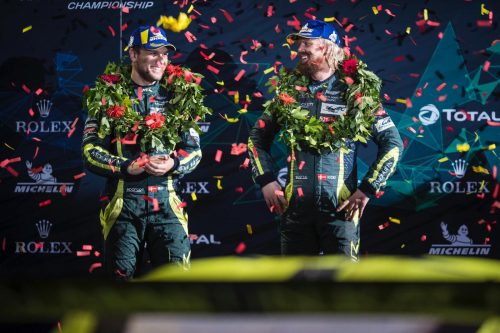 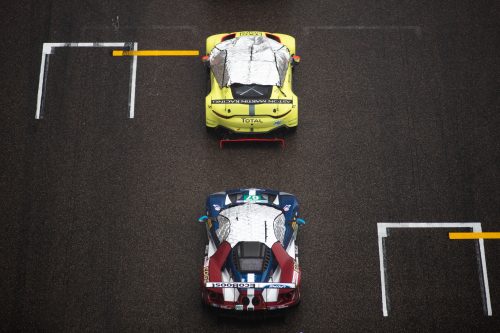 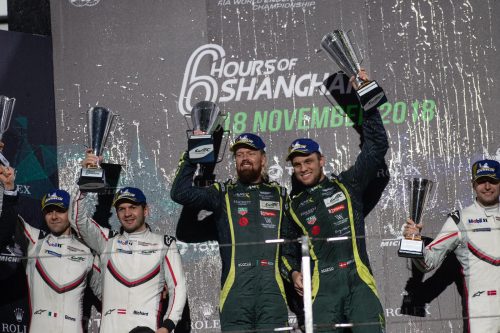 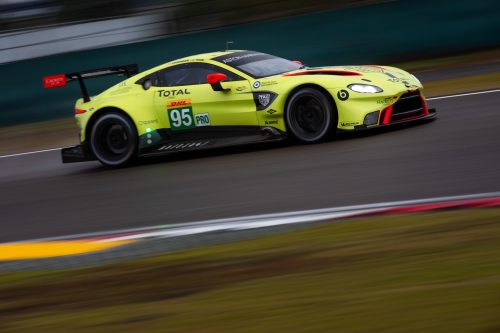 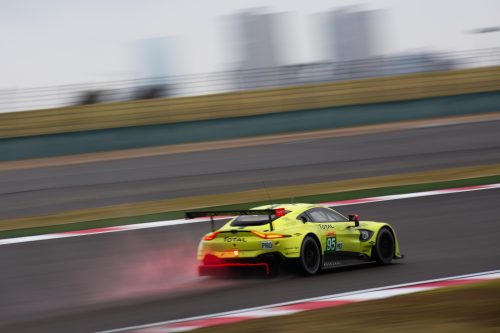 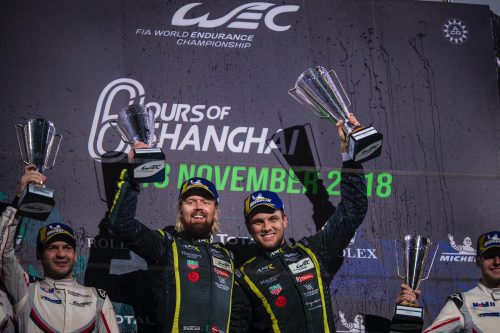 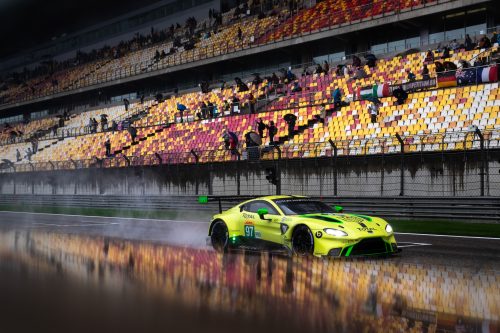 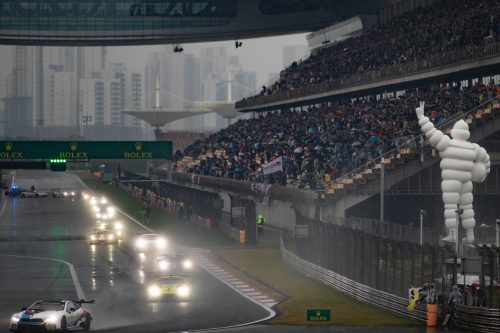