Saturday 4 May, Spa-Francorchamps: The new Aston Martin Racing Vantage GTE recorded its second FIA World Endurance Championship GTE Pro class victory in one of the most dramatic, unique and snow-affected sportscar races ever to be held at Spa-Francorchamps in Belgium.

Driving the #97 Vantage GTE, Maxime Martin (BEL) and Alex Lynn (GB), delivered a perfectly judged win in a race that featured everything, including four safety car periods and frequent heavy snow showers. The last of these caused the red-flag that halted the race ten minutes early while Martin was holding a slender lead in incredibly difficult conditions. This was the first win for the #97 car since the 2017 Le Mans 24 Hours and marked a maiden win for Martin and Lynn as Aston Martin Racing drivers on the first anniversary of the Vantage GTE’s debut.

The #97 crew were in contention from the start and the team made a sequence of prescient strategy calls allowing them to stay ahead of both the unseasonal weather and the changing order in a highly competitive race. Martin, who survived early contact from a rival at the start, delivered a strong first stint to manage the early snow storms and hand the car over to Lynn in third.

The Briton forged his way to the front of the field, with a charge that included a brilliant pass around the outside of Blanchimont on the leading Porsche, before handing back to Martin. The Belgian then managed his tyres and his fuel intelligently through a lengthy final Safety Car period and found himself defending his lead from his closest rival as the race went back to green with 15 minutes to go. Martin called upon all of his vast experience and knowledge of Spa to build a small gap before the organisers threw out the red flag once and for all as conditions deteriorated.

“This was amazing,” said Martin, who drove for an extraordinary three hours and 41 minutes. “We’ve not always been lucky so far in this campaign, but to get to the end of the season with a win like this, at my home race at Spa, is the best way to capture my first win for Aston Martin. We were really competitive but the conditions were really hard. Strategy played a big part in this result and sometimes it was a bit of a gamble. This race had everything, which made it even better to win it. The team did an amazing job, we were quick in the pitstops, we were quick in both conditions and Alex did a fantastic job too, so in the end it was a proper team win.”

Lynn added: “This was a very emotional win for our crew. We’ve had a lot of opportunities to get some good results this year and fate has not played in our favour. This weekend, honestly, the car has been really fast and to win today is such a special feeling. The whole crew managed a flawless race and it’s amazing to get my first win for Aston Martin Racing.”

The sister #95 Vantage GTE, driven by Danish duo Nicki Thiim and Marco Sørensen, finished seventh having run competitively early on in the race. Misfortune befell the car mid-race, but Thiim was charging back through the order when the red flag called an early halt to the race.

Aston Martin Racing Managing Director John Gaw said: “This was a very tough race today, but probably one of our best ever team performances. This was a great time to do it just before Le Mans and also this victory means that both the #95 and #97 crews have delivered a victory with the Aston Martin Vantage GTE in its first year. If we’d said at the start of the year that both cars would have won a race before we went to Le Mans we would have been very happy. The #97 car has been on it all weekend and the guys have deserved this win. The #95 car was unlucky not to have been on the podium as well, but we split the strategies through the race to maximise our chance of victory, which we might not have done if we were fighting for a championship. But this is the perfect preparation for Le Mans.” 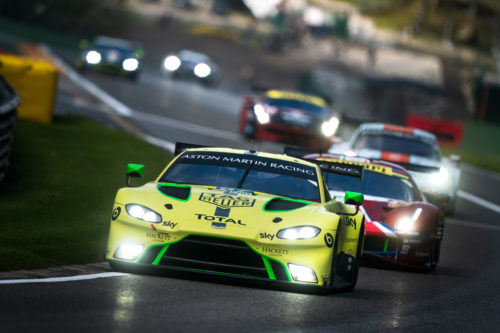 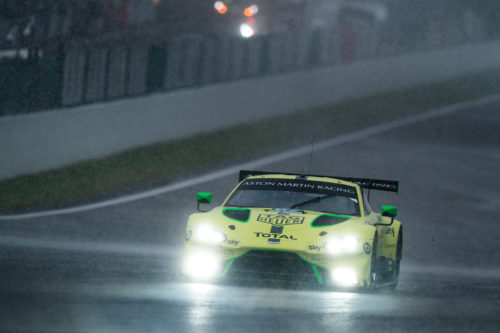 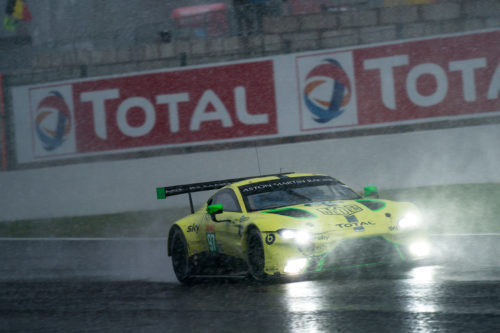 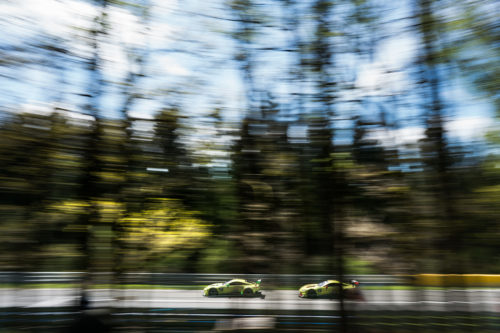 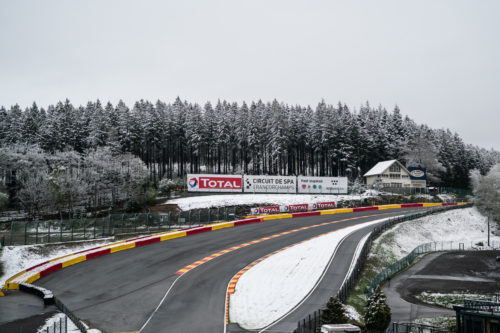 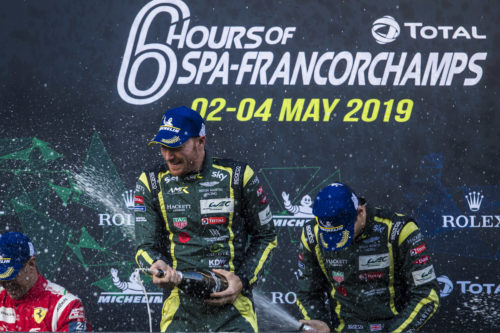