Built in a strictly limited run of just 24 cars and delivered to customers throughout 2016, the 820BHP Aston Martin Vulcan was conceived and engineered to deliver the excitement and exceed the performance of Aston Martin’s Le Mans-winning race cars. Over the last two years, Aston Martin Vulcan owners have received step-by-step driver training by Aston Martin’s expert team of instructors - among them Aston Martin Racing works driver and three-time Le Mans winner, Darren Turner.

The lucky customers have participated in exclusive driving events held at some of the world’s best Formula One circuits, including Circuit of the Americas in the USA, Spa-Francorchamps in Belgium, Yas Marina in Abu Dhabi and, naturally, Aston Martin’s home circuit, Silverstone. By enhancing its already prodigious capabilities the Aston Martin Vulcan AMR Pro offers customers the chance to further develop their driving skills and enjoy an even more intense driving experience.

The Aston Martin Vulcan AMR Pro’s aerodynamic enhancements begin at the front-end with louvred panels added above the front wheel arches to extract high pressure air and reduce aerodynamic lift. A sizeable pair of dive planes have been added to each side of the nose to help pin the front-end to the track and the huge front splitter has turning vanes fitted to its underside to improve steering response. Weight has also been saved with optimisation of the carbon fibre lay-up and core form reducing the weight of the engine cover by 5kg.

Changes to the rear are equally effective and even more dramatic, courtesy of a new rear wing. Now of dual plane design, rather than the original single plane item, the main element of this enormous rear wing features a 20mm ‘Gurney’ flap - a simple but hugely effective upstand on the wing’s trailing edge - which is supplemented by slotted wing endplates that sport additional 15mm Gurneys to maximise the amount of downforce.

Aston Martin Racing works driver, Darren Turner, said of the Aston Martin Vulcan AMR Pro: “I’ve been fortunate to drive the Aston Martin Vulcan throughout its development programme and at the numerous customer events held since the cars were delivered. It’s an incredible car in every respect - looks, sound and of course, performance. We worked hard to ensure it’s not a monster to drive, so it was important the AMR Pro upgrade remains true to that objective. By increasing the overall level of downforce front and rear, but also improving the balance of the car we’ve done just that. Together with the shortened gearing, which makes it even more punchy when you accelerate through the gears, the Aston Martin Vulcan AMR Pro feels more agile and responsive to steering inputs. When you get the aero working through a fast corner it really is an unbelievable feeling. I can’t wait to see the customers’ faces when they experience it for themselves!”

Aston Martin Vice President and Chief Special Operations Officer, David King, said of the Aston martin Vulcan AMR Pro: “When we first conceived the Aston Martin Vulcan it was to create something that expressed Aston Martin’s wilder side. The result was an ultimate track car - one free from the regulations and constraints of World Championship competition. A flight of fantasy, if you like. But one we could share with our keenest customers. Like anything with a motorsport mindset, once we’d built and delivered all 24 Vulcans we started thinking about how to make it quicker. And so the Aston Martin Vulcan AMR Pro was born. The shorter gearing makes for truly explosive acceleration between the corners, while the aero package’s increased downforce and improved balance gives our customers the all-important confidence to explore the extraordinary performance on offer.” 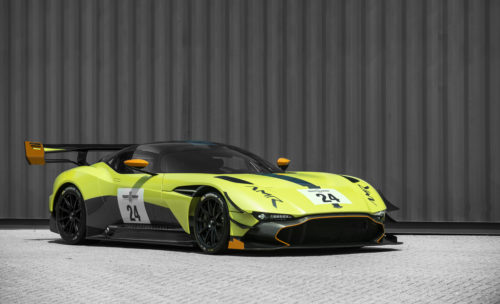 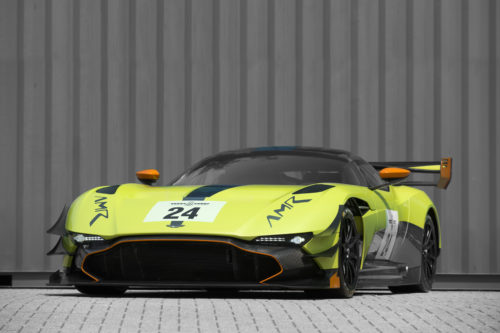 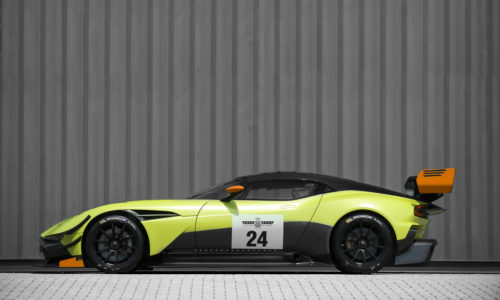 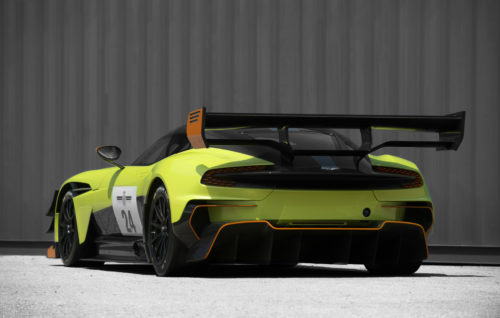 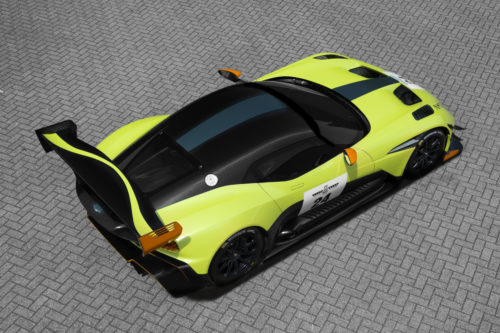 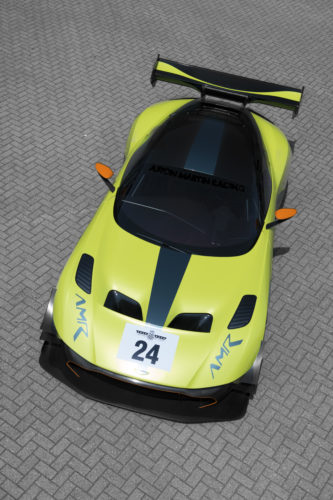 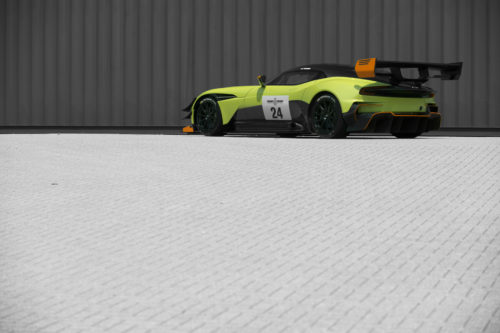 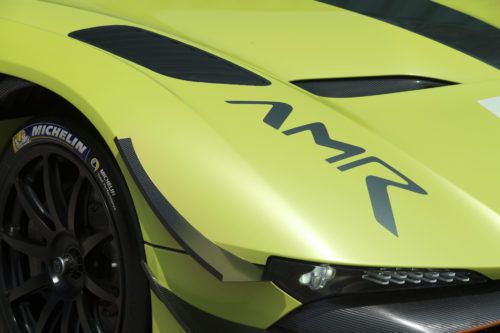 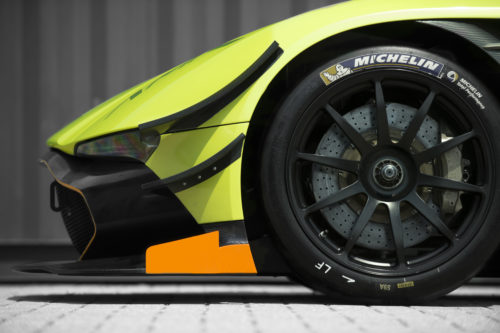 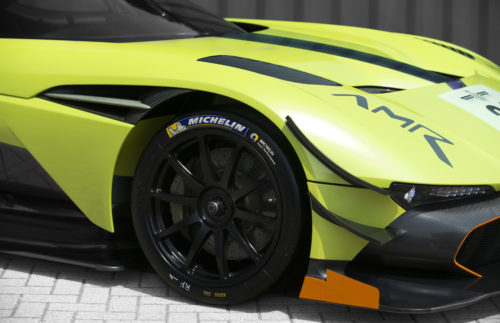 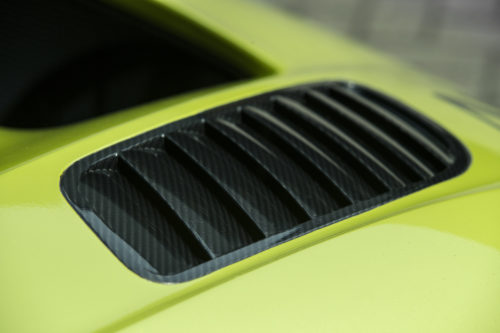 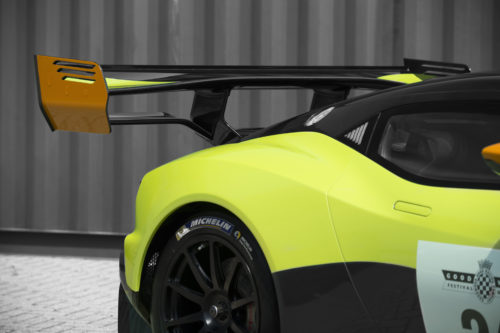 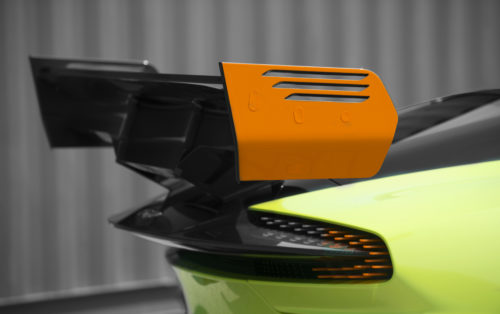 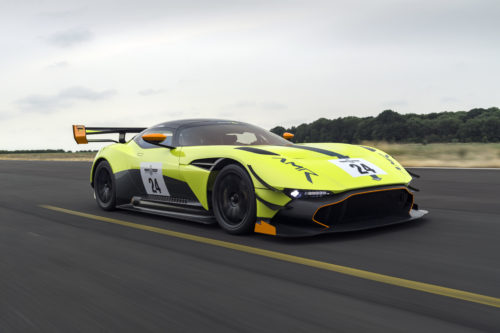 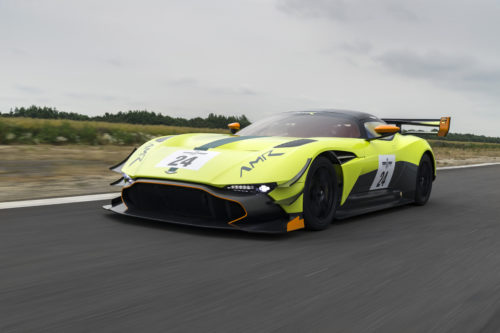 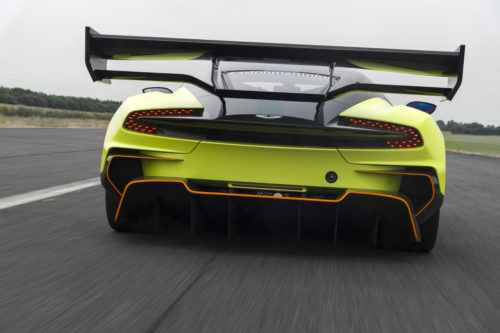 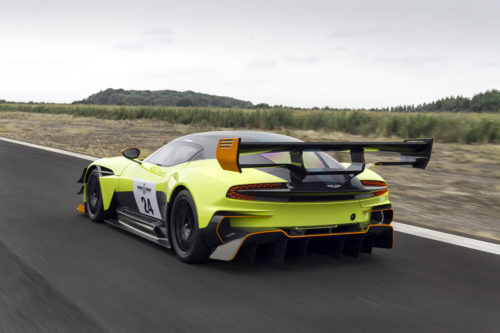 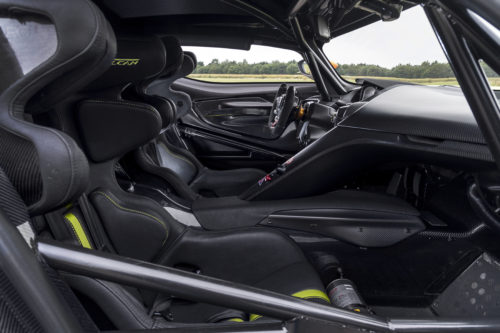