Aston Martin patented its vision of the future in March 1939. It started work on its dream car just before the outbreak of war and completed it early in 1940. With uncanny foresight, the company christened the new car ‘Atom’ and registered the name with the Society of Motor Manufacturers & Traders. Key to the concept was the integral construction of body framing and chassis, which were made from rectangular steel tubes. These were simpler to join together than round tubes, and their cross sections varied according to the stress they had to bear. The unstressed alloy body panels were simply attached at special rubber mounting points.

Even though war had broken out when ‘Atom’ was completed, privileged journalists were allowed to test-drive the car, which was a four-door four-seater despite limitations on the lengths of steel tube available. A production version would have had greater wheelbase, giving more room for the rear passengers. 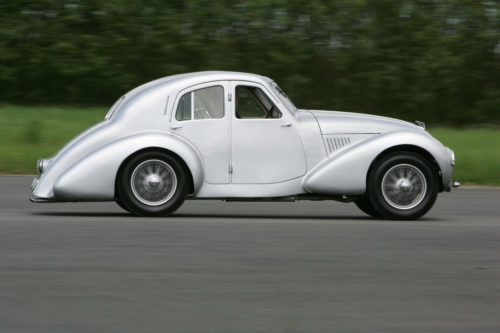 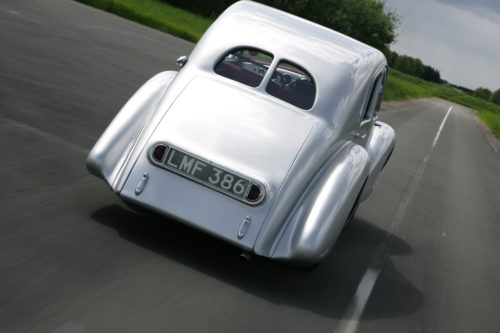