Aston Martin DB11 Volante - Beautiful is a World Above

13 October 2017, New York: The most elegant of convertible Aston Martins begins a new chapter with the introduction of the eagerly-awaited DB11 Volante. Joining the DB11 Coupe, which was launched to wide acclaim last year, the new DB11 Volante sets new standards of performance, innovation, engineering and style to create the definitive open-top Sports GT.

Powered by a new 4.0-litre twin-turbo 510PS V8 engine, the DB11 Volante is built around the all-new bonded aluminium structure first seen in the DB11 Coupe. Lighter and more rigid than the model it replaces, the DB11 Volante has been engineered to deliver a much broader envelope of abilities. Greater levels of performance and handling accentuate the more sporting side of its character, while increased refinement, comfort and interior space ensure it remains a consummate grand tourer.

This depth and breadth of ability is made possible by the Volante’s 3-stage powertrain and chassis modes. Working in perfect harmony with the 8-speed paddle-shift automatic transmission, electric power steering and limited-slip differential with dynamic torque vectoring, the driver is able to configure the car’s responses and tailor its behaviour in a way that best suits the road, weather conditions or their mood.  Creature comforts such as a heated steering wheel encourage all-season open-air motoring, and rear seat ISOFIX attachment points - a first for a Volante model - bring added versatility.

Of course the defining feature of the DB11 Volante is its convertible roof. Combining the timeless appeal of a fabric hood with the very latest acoustic and insulation materials, the all-new 8-layer roof cossets occupants from the extremes of weather and wind noise. Folding to a class-leading stack height, the Volante’s hood takes just 14 seconds to lower and 16 to close and can be operated remotely from the key, or on the move at speeds of up to 31mph with a 31mph headwind. The new hood system has also led to a 20 per cent gain in boot volume compared to the outgoing DB9 Volante.

Aston Martin’s exhaustive testing procedures pushed this all-new roof mechanism to punishing extremes. In the Life Cycle Durability (LCD) test, engineers subjected the roof to more than 100,000 cycles in special weather chambers designed to simulate conditions in the world’s harshest environments, compressing 10-years of use into a one month test. The results of the LCD test were then validated with real world testing of DB11 Volante development prototypes in locations including Death Valley and the Arctic Circle.

Engineered to be the most advanced and complete open-top Aston Martin ever built, styled to put its rivals in the shade and honed to achieve a fine balance of ride, handling, responsiveness and refinement, the DB11 Volante is dedicated to delivering a new dimension of driving pleasure.

Aston Martin President and Chief Executive Officer, Dr Andy Palmer, said of the DB11 Volante: “For many of our customers, indeed many generations of Aston Martin customer, the Volante has always offered something very special: a unique combination of elegant style, innate sporting ability and sensory engagement that lifts it above other open-top cars. The new DB11 Volante captures those qualities perfectly and promises the kind of pleasure and enjoyment that can only come from driving an open-top Aston Martin”.

Max Szwaj, Aston Martin Chief Technical Officer, adds: “The challenge of creating a convertible car is retaining structural and dynamic integrity. To protect the former you need strength and rigidity, but to preserve the latter you need to keep weight to a minimum. With the DB11 Volante we have maximised the advantages of the DB11’s all-new bonded structure to underpin our new Volante with a structure that’s 26kg lighter and 5 per cent stiffer than its predecessor. The result is a truly magnificent car. One that combines greater performance and agility with increased comfort, refinement and interior space for occupants and their luggage”. 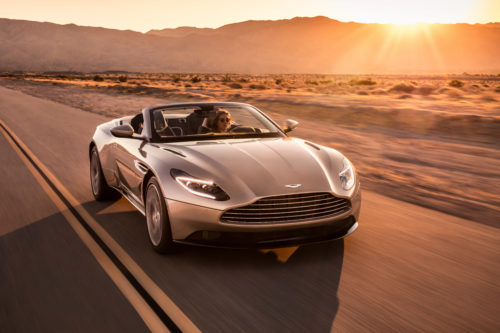 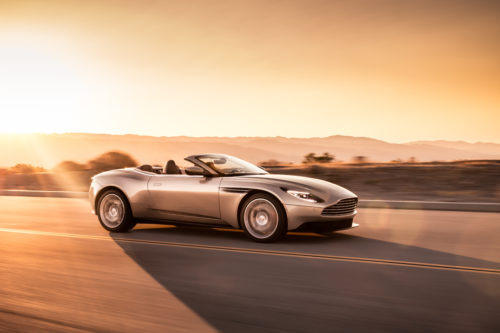 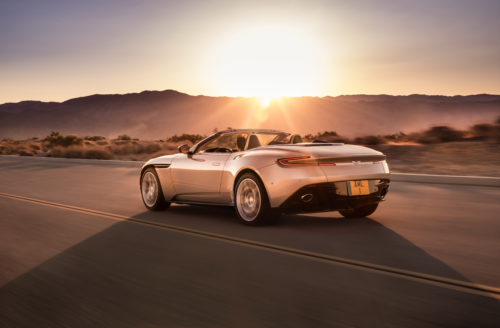 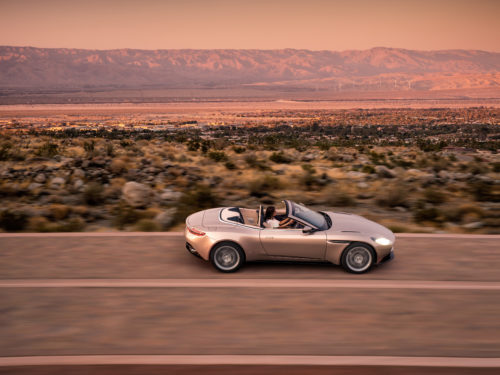 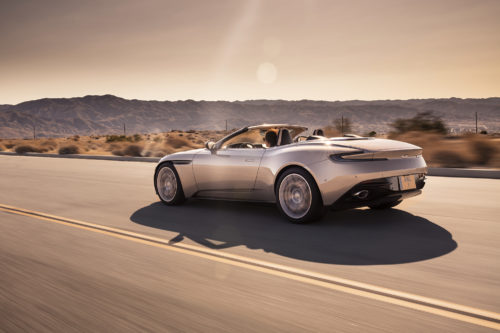 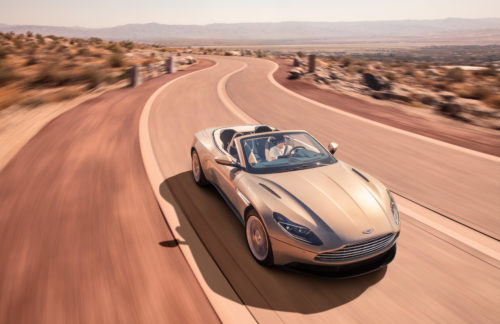 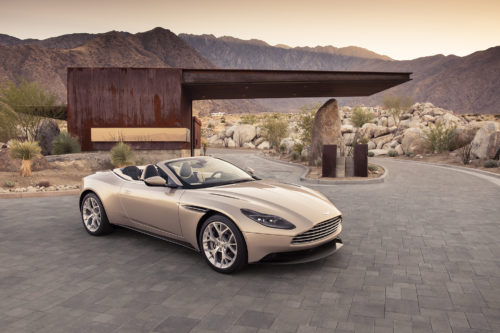 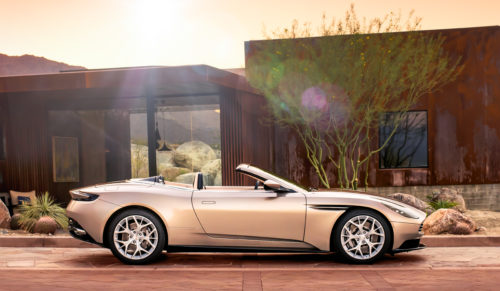 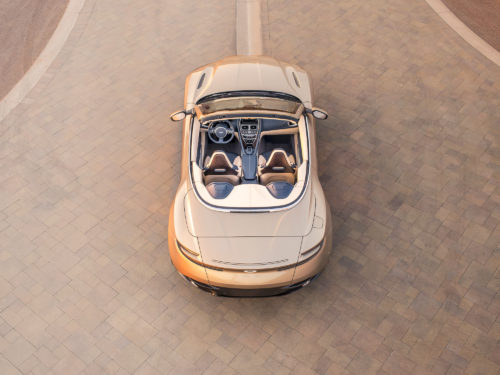 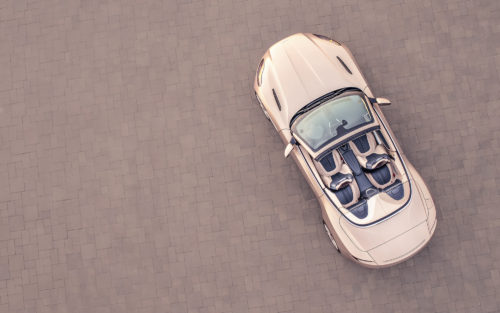 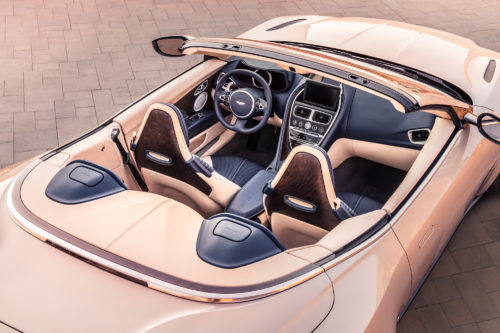 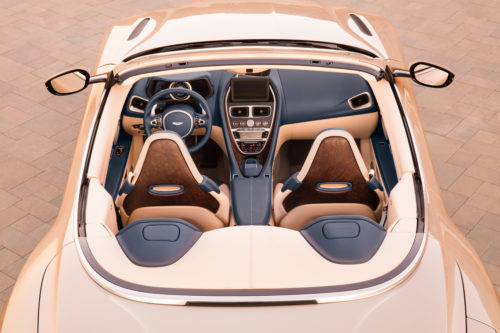 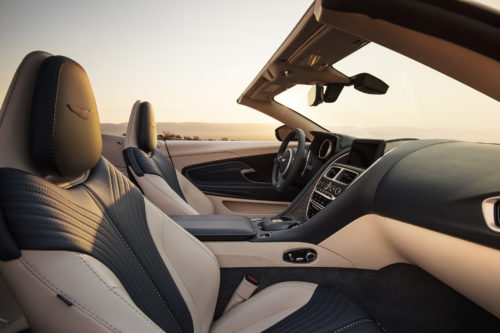 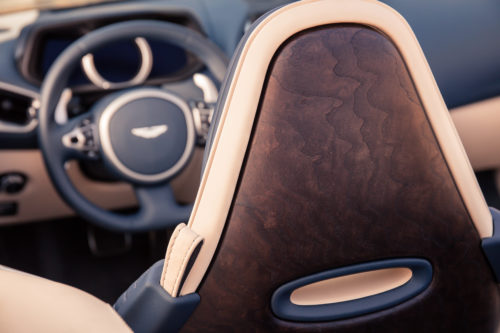 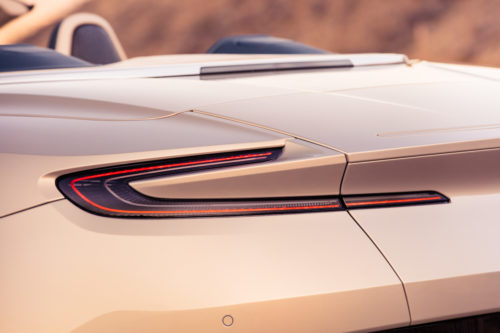 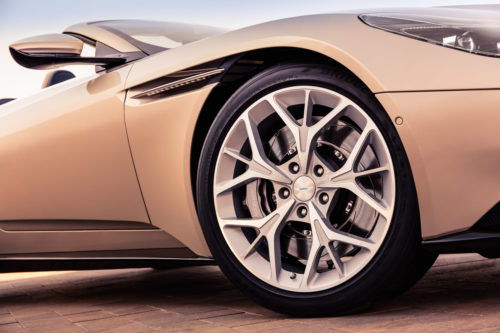 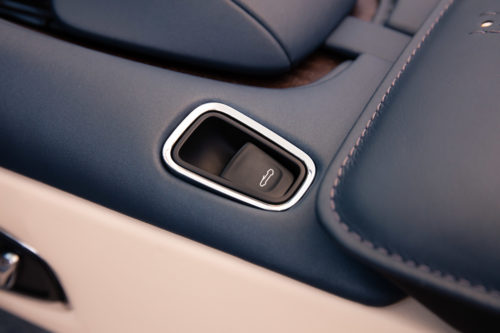 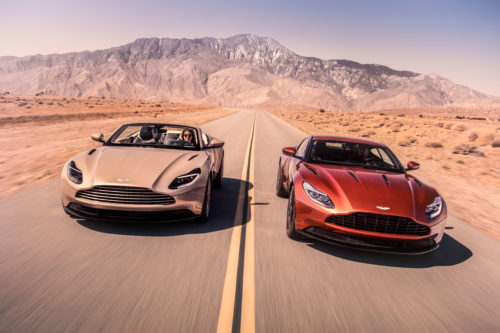 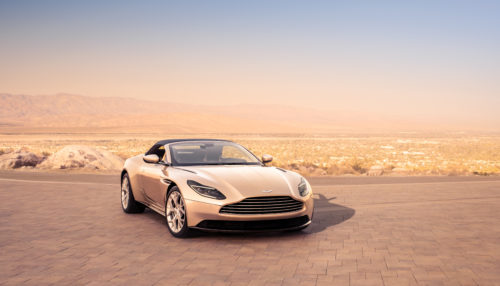