07 March 2017, Gaydon: Tyre manufacturer Michelin has been confirmed as the latest technical partner to join the Aston Martin Valkyrie hypercar programme. Founded in 1889, Michelin - one of the largest tyre companies in the world - has been at the forefront of tyre development for almost 130 years.

A world renowned brand with an enviable reputation, Michelin has vast experience in both the road car and competition car arenas. Winning success in Formula One, the World Endurance Championship, World Rally Championship and MotoGP has seen Michelin engineers push the limits of tyre design: experience that has driven the development of Michelin’s high-performance road tyres and helped forge a tremendous reputation amongst the world’s supercar owners.

With its high-power, high-downforce, low-weight philosophy the Aston Martin Valkyrie promises to redefine the limits of road car performance. With many owners certain to explore these limits on a race track, the Aston Martin Valkyrie will put unprecedented demands on its tyres. Though still in the early stages of development, Aston Martin and Red Bull Advanced Technologies can confirm the hypercar will run on Michelin’s Pilot Sport Cup 2 tyres: 265/35 ZR20 at the front; 325/30 ZR21 at the rear. They will be mounted to lightweight magnesium alloy wheels (20 x 9.5J front, 21 x 11.5J rear) featuring race-specification centre-lock nuts to further reduce unsprung mass. 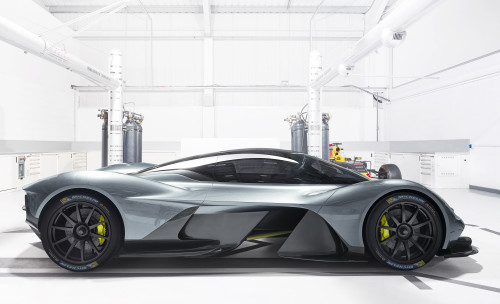 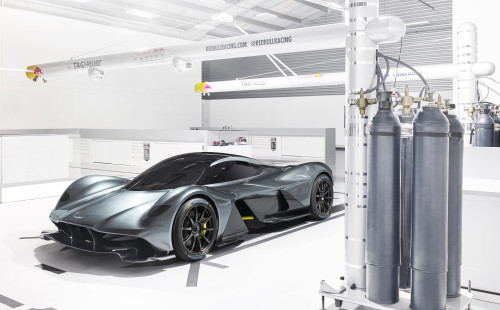