Tantalisingly, the first glimpse the world got of Aston Martin’s One-77 hypercar was a maquette of the new car at the 2008 Paris Motor Show, three quarters covered by a grey pin-stripe fabric cover with only a glimpse of the front right side coyly peeping out. The full picture was revealed at the March 2009 Geneva Motor Show, where a metallic blue mockup and rolling chassis with its entire powertrain were on display. A deposit of £200,000 was needed to secure this most exclusive Aston Martin of the era, whose production run was to be limited to just 77 examples.
​
The finished car made its bow in late April 2009 at the Concorso d’Eleganza Ville d’Este on the shores of Lake Como, winning the Design Award for Concept Cars and Prototypes. Fusing advanced technology with stunning design, the million-pound, 7.3 litre V12 One-77 was revealed as the fastest-ever Aston Martin, with the top speed of 220mph. It represents what is possibly the world’s most desirable automotive art form, with an immensely rigid lightweight carbon fibre monocoque clad in a seamless bodyshell handcrafted from aluminium at its heart. 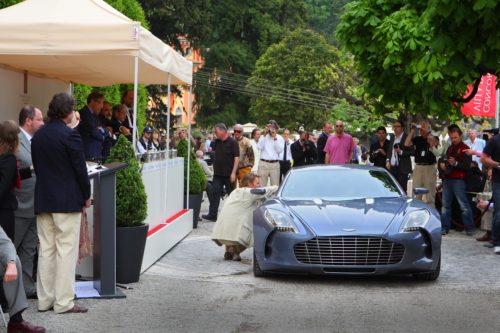 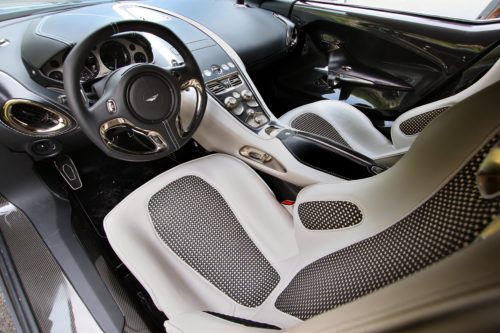 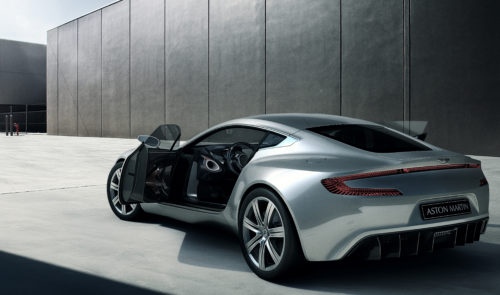 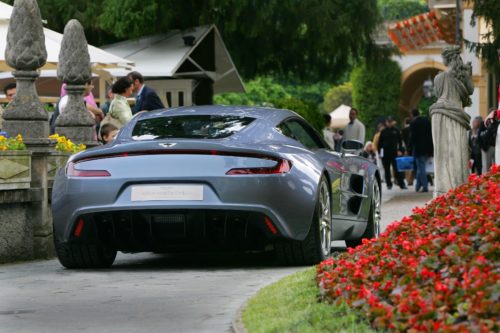 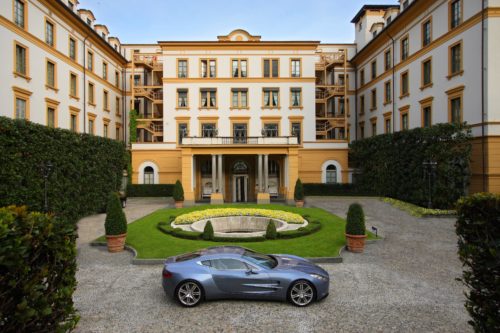 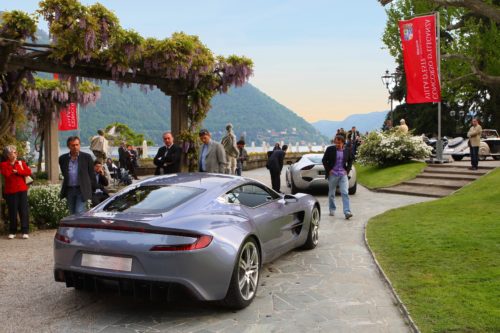 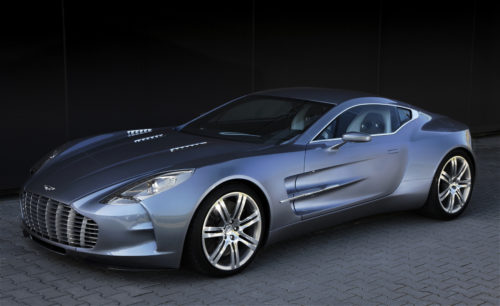 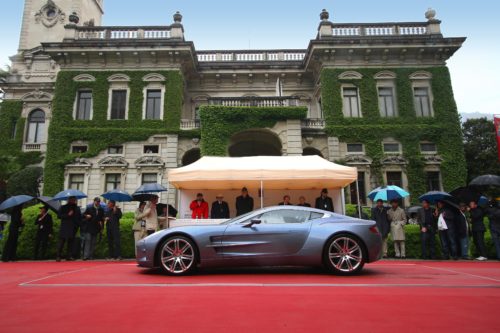 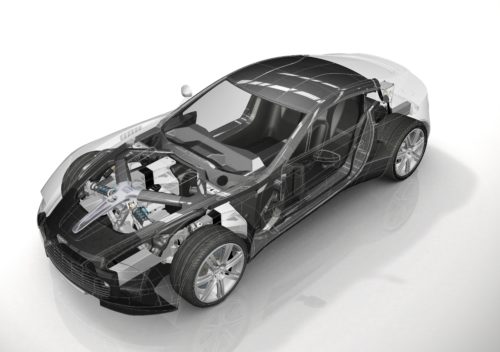 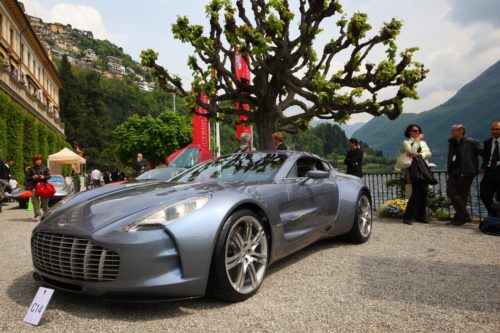 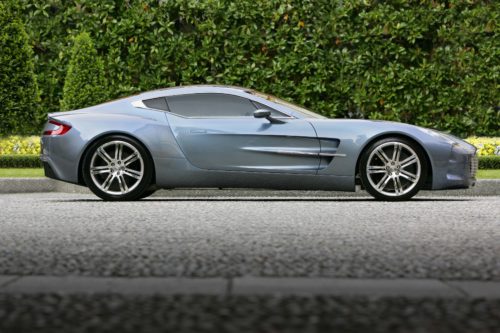 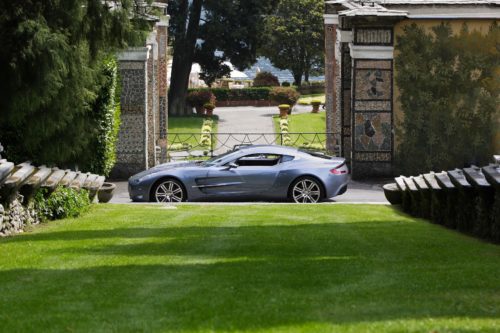 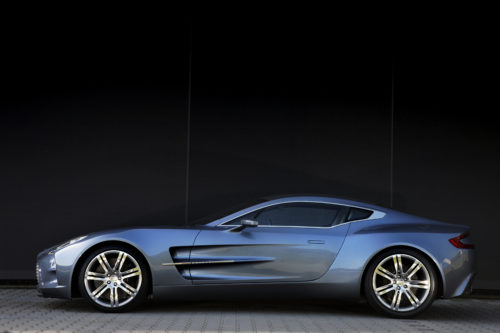 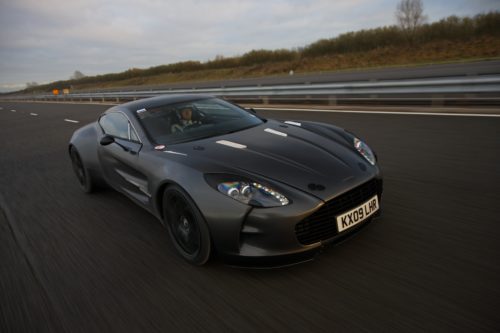 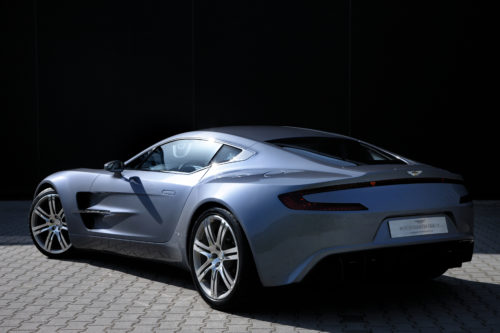 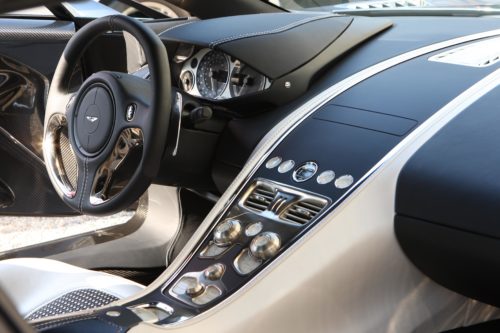 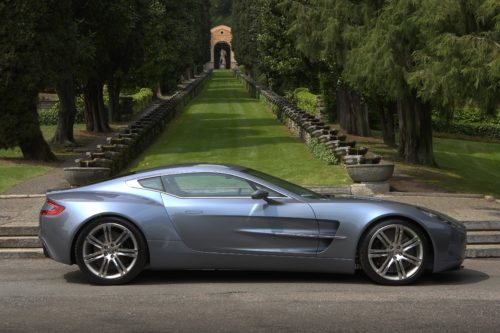