Thank you to the World Endurance Championship | Aston Martin Racing

Concluding with its double world championship triumph in the 8 Hours of Bahrain last month, where Marco Sørensen (DEN) and Nicki Thiim (DEN) added the WEC GT Drivers’ endurance crown to the Manufacturers’ title that Aston Martin clinched at Le Mans, the British sportscar manufacturer has achieved every target it set for the 4-litre V8 Vantage GTE – based on the highly acclaimed Vantage road car. Aston Martin will now apply its vast experience and expertise with front-engined GT race cars to drive more success across the international GT racing landscape.

Aston Martin is one of three car manufacturers to have been a mainstay of WEC since the series’ inception in 2012. In its nine years and seven seasons of WEC, Aston Martin has recorded 47 class wins and 103 podiums, nine class championships and four 24 Hours of Le Mans class victories. And there could yet be more for Vantage with Aston Martin hopeful that it will retain a WEC presence through a partner team in 2021 and beyond.

Outside of WEC, Aston Martin’s Vantage GT customer race car has achieved breathtaking success in its second full season of competition. Teams recorded 62 victories and 157 podiums from 323 starts in more than 20 series around the world. One in five race starts for Vantage ended with a win, while half of them concluded on the podium. Of those starts, 14% were from the race or class pole position. In total, including Aston Martin Racing’s two world championships, Vantage captured 26 GT or endurance titles internationally.

With the brand poised to return to Formula 1TM in 2021 for the first time since 1960, Aston Martin will now strive for more accolades in GT racing with Vantage. It is targeting blue riband endurance events with partner teams competing in the Intercontinental GT Challenge, the GT World Challenge, the US-based IMSA Weathertech Sportscar Championship, the Super GT Championship as well as other significant high-profile series.

The shift in strategy for Aston Martin’s endurance programme comes as a new and revised agreement with Prodrive has been concluded for the Banbury-based organisation to continue exclusively manufacturing and distributing the current generation of front-engine GT race cars in a multi-year deal for Aston Martin Racing.

President, Aston Martin Racing, David King said: “This year has been one of unprecedented success for Vantage in international motorsport. At all levels, from GTE, through GT3 to the entry level GT4, we have experienced significant championship success, winning 26 titles across the spectrum of world, international and domestic series. But there is more to achieve, and there is more to come from Vantage, which is why we have concluded that now is the time for us to shift the weight of factory support to our partners as we go in pursuit of success in the most important events in GT racing.”

Chief Executive Officer, Aston Martin Lagonda, Tobias Moers said: “Vantage proved it has world champion pedigree in 2020, and in its GTE variant is a 24-hour race winner. Now with the Vantage GT3 we wish to give our partners and customers the best opportunity possible to fight for victory against our closest rivals in the toughest endurance challenges GT racing has to offer.” 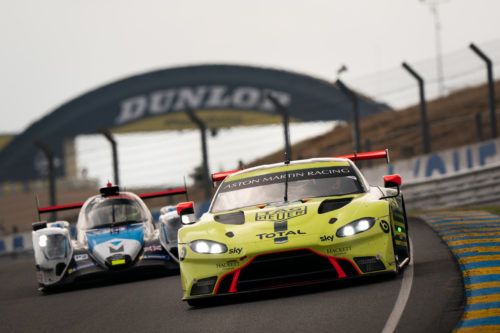 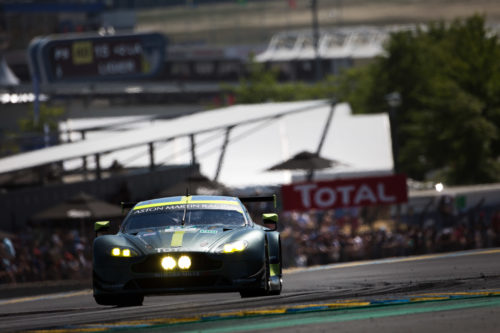 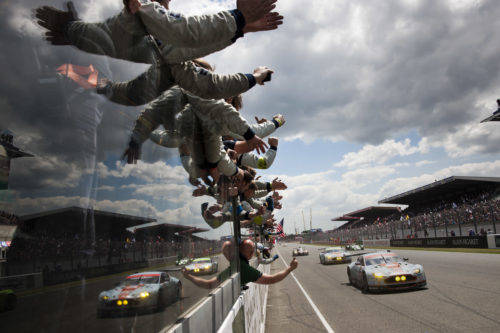 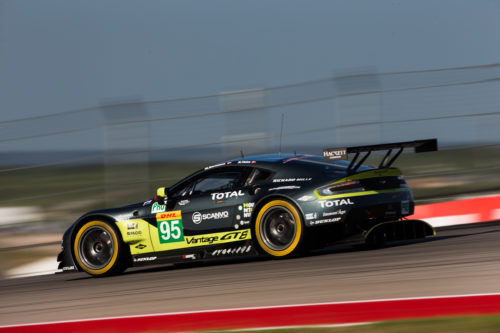 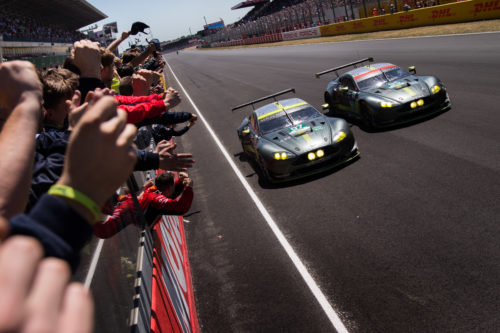 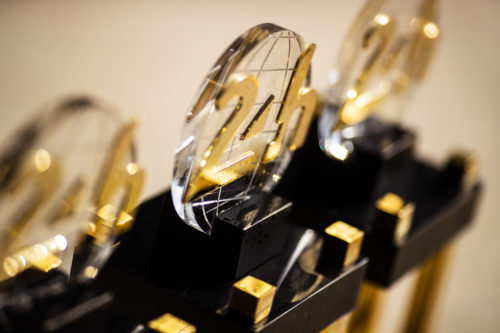 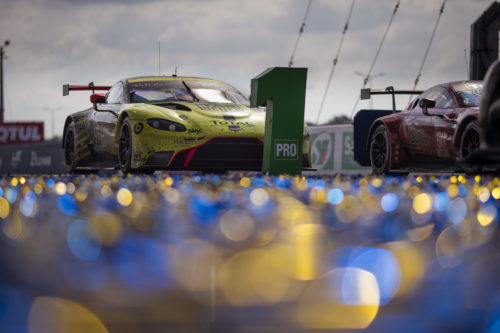 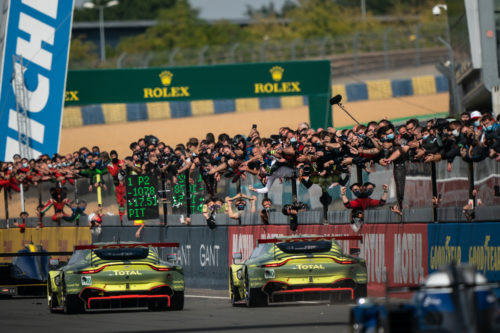 2020 Le Mans winning across the line-jpg 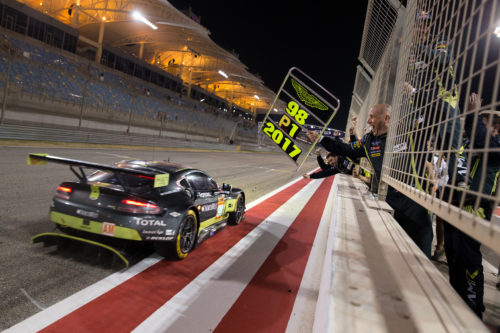 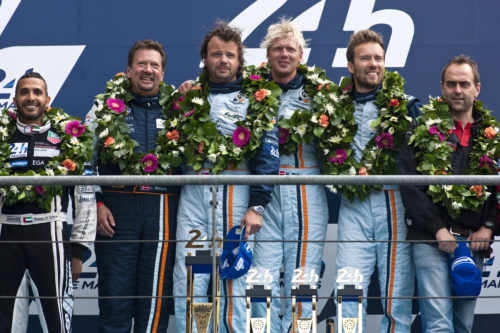 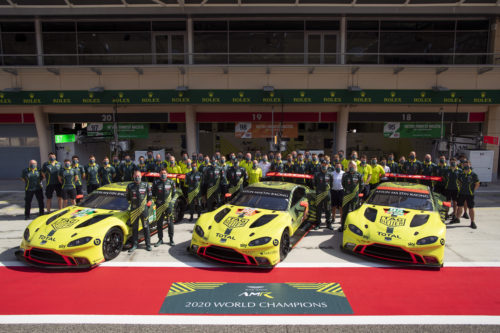 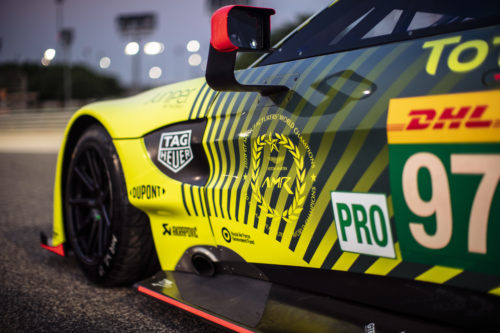 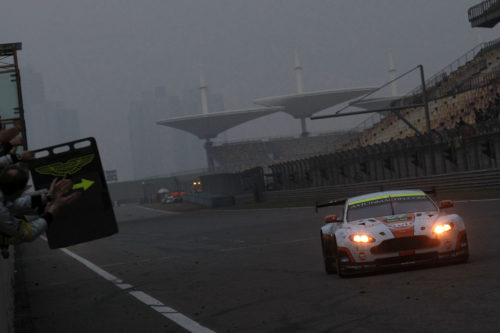 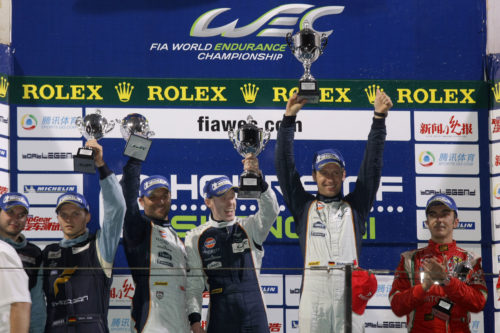 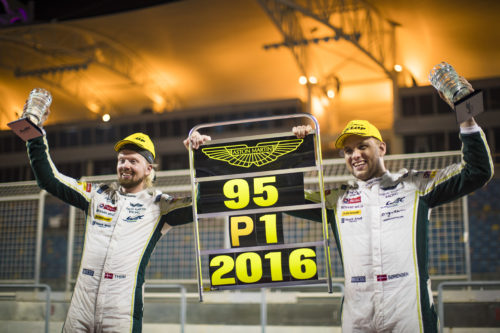 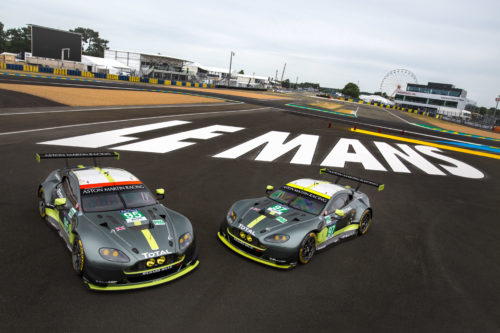 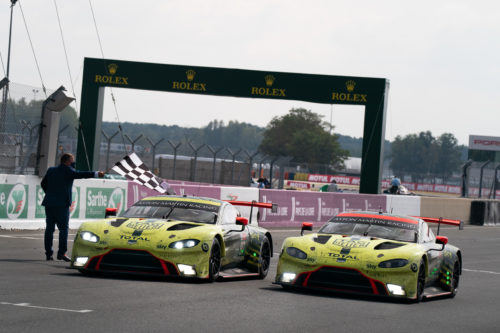 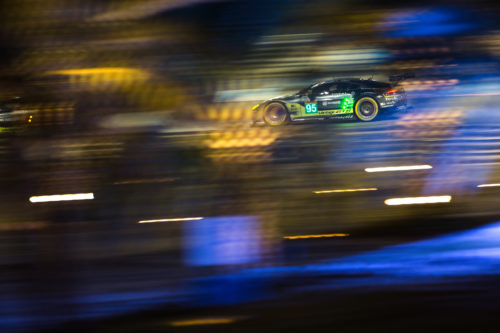 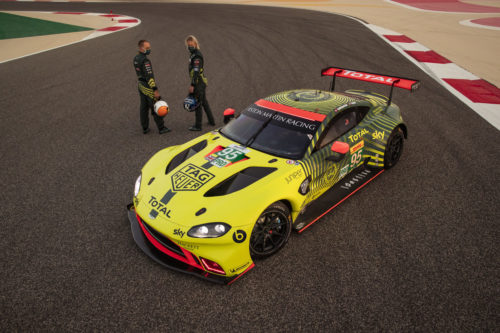 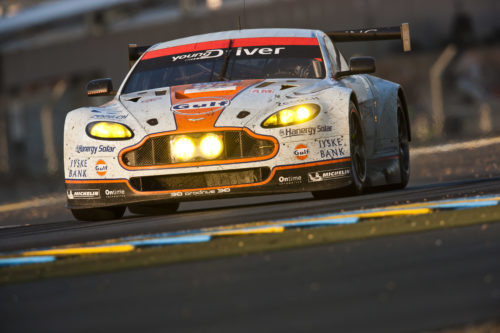