Sunday 28 May, Nürburgring: Aston Martin Racing survived a dramatic, last-hour torrential downpour to win its class in the 2017 ADAC Nürburgring 24 Hours after dominating the event’s SP8 category with a flawless performance.

The #7 Aston Martin Vantage GT8 led its class for much of the race and ran with such metronomic precision that it ran among the more powerful GT3 race cars in higher-specification classes inside the top 30 from the night-time onwards.

But factory Aston Martin driver Darren Turner (GB), tasked with bringing home the close-to-production Vantage GT8, featuring the revolutionary Nexcel active oil management system, needed all his vast experience and skill in the final stint to navigate a dramatic late storm that covered a third of the 20.832km Nordschleife circuit in water – threatening to erase all the team’s strong work through the race.

In the end team principal David King, and Turner, decided that he should stay out and bring the car home safely in 21st position, rather than pit and risk track position, given the team’s advantage over its competitors.

Turner said afterwards: “When you have heavy rain here, it might only fall on a third of the track. So you really want to wait until it looks like everything is going to get wet before changing tyres. The other thing was that we had a nice cushion to our competitors in the class, so there wasn’t a big requirement to pit and change tyres.

“Last year we led the class up until a few hours from the end and I was very conscious that this year we made sure the car got the result it deserved.

“It’s great to have won here at the Nordschleife. You are constantly fighting the circuit and the elements here rather than the competition. This is a hard track, in what is effectively a production car, and to survive that is testament to the build and quality of the Vantage GT8.”

Reigning FIA World Endurance Champion Nicki Thiim (DN) said he was delighted to win the SP8 class at his favourite circuit: “This is such a cool event and this is a mega result. To get nearly a whole, dry, 24 Hour race at the Nürburgring is something very strange, so I was not surprised to see the rain at the end. I knew all along that Darren would bring it home. The car itself was really easy to drive all weekend. It was fantastic – thanks to the guys.”

Turner and Thiim were joined by Peter Cate (GB) and Nordschliefe regular Markus Lungstrass (G), who both contributed double-stints during the night. Cate paid tribute to the Vantage GT8 saying: “The car has been immense. We knew last year that it was very competitive and this year has just proved that.

“Having Darren and Nicki in the car has been mega because it has given a whole insight into how you can play with the set-up. When you consider it is effectively a road car with modifications, it is insane that we finished 21st overall.”

Lungstrass added: “The car was brilliant, it’s so good to drive. The key thing I have taken away from this is that it was cool to drive alongside and learn from guys that race regularly in the WEC like Darren and Nicki. It is like a dream come true. I was really proud that David asked me to drive and the experience has been awesome.”

David King, President of Aston Martin Racing said, “It was so obvious that we only needed to get around one more lap to see the chequered flag that when the car we were trying to keep ahead of came in to pit we knew there was no way he could catch us, so we stayed out and it worked. Darren was as cool as a cucumber.

“To have a completely flawless race, in such challenging conditions is excellent. it was hard and fast and tough, and the car was immaculate. It just ran perfectly. The drivers did a great job. To have four such well matched drivers, two super pros and two guys that really stepped up, I’m so proud for everybody. It means such a lot and I wouldn’t feel anymore proud if we had won the race overall.

“This is not a GT3 race car, it has a standard V8 engine, gearbox and electronics, so it is a real tribute to the Vantage that it is still winning classes and races. 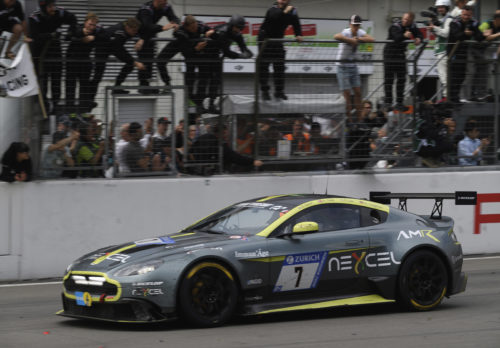 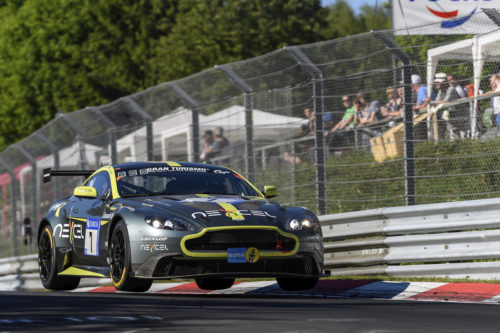 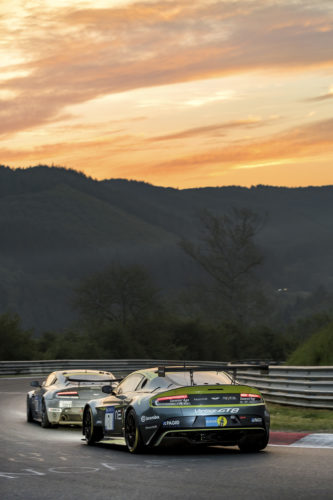 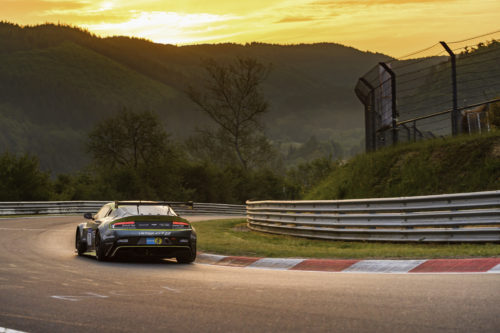 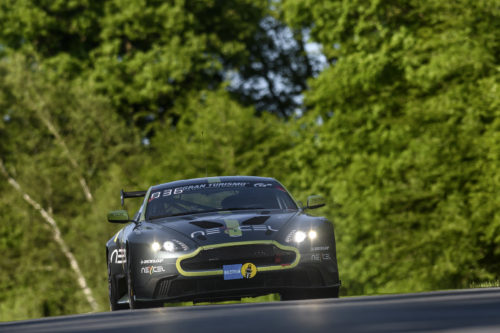 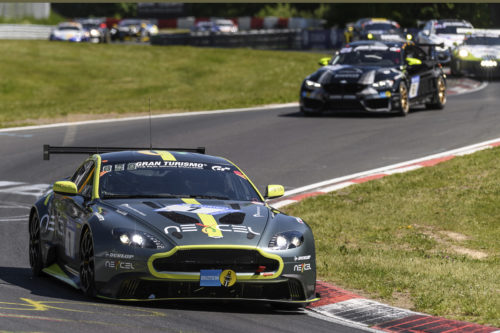 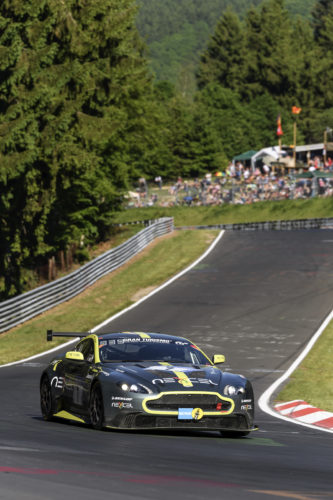 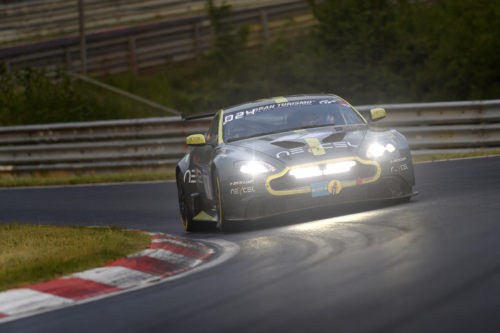 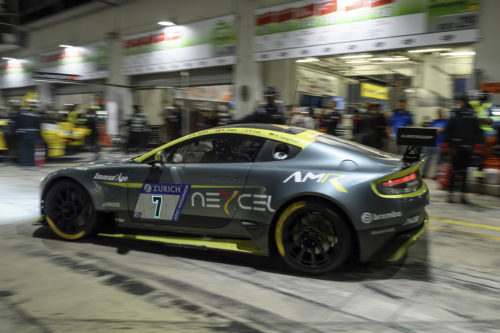 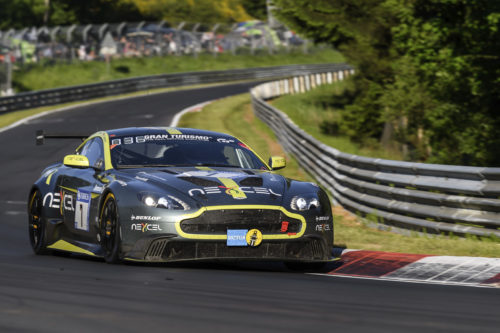 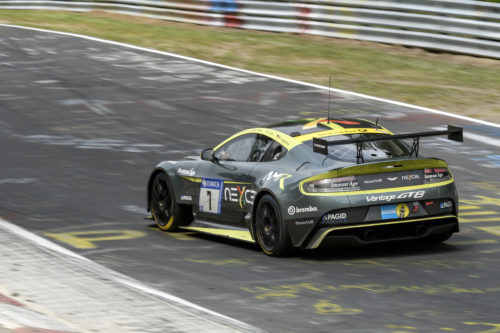 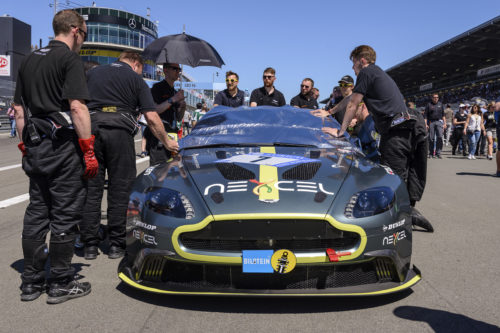 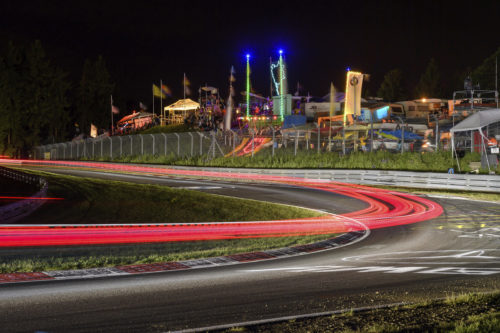 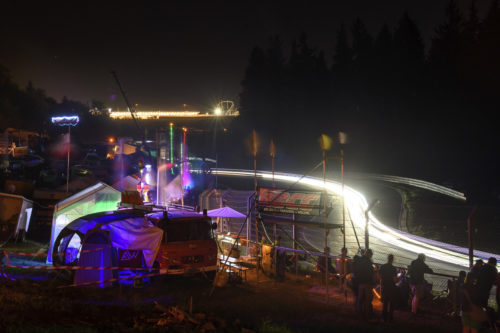 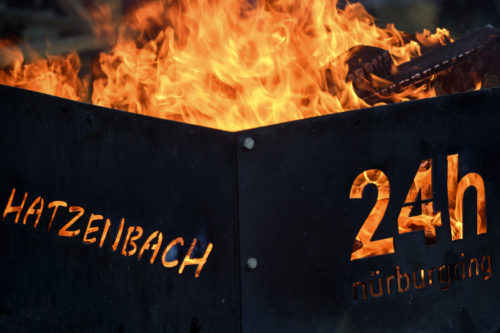