Friday, 14 August 2020, Spa-Francorchamps, Belgium. Aston Martin Racing celebrated its return to active duty, following the coronavirus lockdown, with a first ever front-row lock-out for the Aston Martin Vantage GTE in qualifying for the Total 6 Hours of Spa-Francorchamps, Round 6 of the FIA World Endurance Championship (WEC), in Belgium, on Friday.

This exceptional performance means that Aston Martin extends its lead in the Manufacturers’ Championship over Porsche by another point to 33. Aston Martin’s qualifying record at the legendary Ardennes circuit is enviable, with the British luxury sportscar brand’s previous and current generation Vantages having collectively secured eight class pole positions in the nine FIA WEC races run at Spa since the inception of WEC in 2012. It’s also the fourth pole for the Vantage GTE and its second in succession, having started from the front with Thiim and Sørensen at the Lone Star 6 Hours at COTA last time out, 173 days ago.

Maxime Martin said: “It feels amazing to be on pole position at home, especially as it is my first one in the WEC for Aston Martin Racing with Alex. We’d been on the front row before a couple of times so it’s nice to be starting first. In these cars, with the high downforce and close times, track position is becoming more important and it is always easier to control a race from the front. Tomorrow is another day though and it looks like it will be typical Spa weather. We had some crazy weather last year and we proved we could manage it quite well, so we will see.”

Lynn, who travelled overnight from Berlin where he completed the FIA Formula E season, added: “Max deserves a lot of the credit for this and he pulled out one of his mighty Spa laps as he so often does around here. From my side, I tried to keep it tidy, push hard and make no mistakes and here we are. I’m really looking forward to fighting for a win tomorrow and getting us back in the world championship fight.”

Aston Martin Racing Managing Director John Gaw said, “Statistically this is the best ever qualifying performance for our cars in the GTE Pro class, and it’s our first front row lock-out for the Aston Martin Vantage GTE. Max and Alex did a solid job and now it’s in our hands tomorrow to make the most of the opportunity in front of us.” 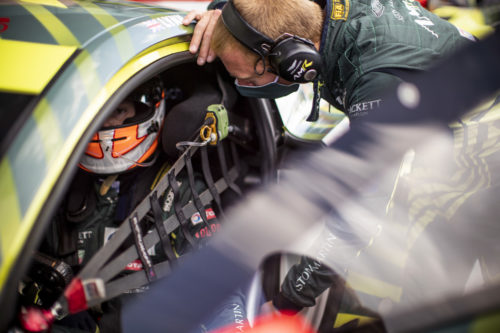 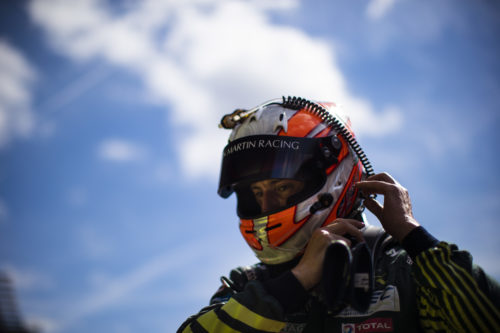 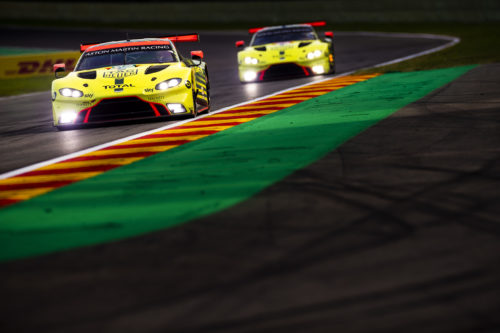 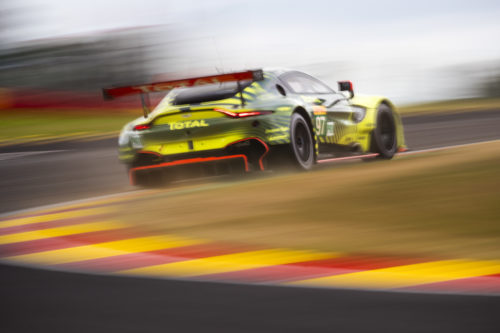 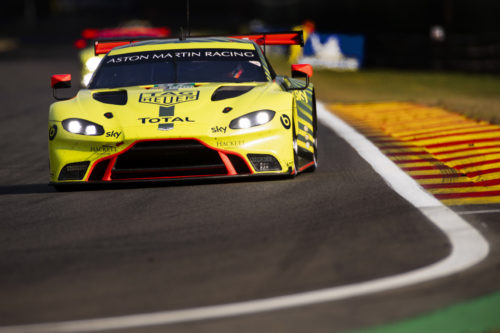 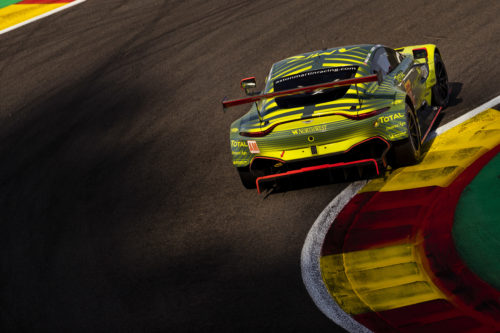